ASUS has one of the biggest lineups of Intel Z77 motherboards and to make room for another model the company has decided to equip it with everything. ASUS P8Z77-V Premium has a bundled mSATA SSD, 4-way SLI/CF and 300 Mbps WiFi.

ASUS P8Z77-V Premium looks to become the new top model in the LGA1155 segment, consdering raw functinoality. With Intel’s Z77 chipset the sight is set for the new generation of Ivy Bridge processors that turned out to be impressive in terms of both performance and exemplary energy consumption.

ASUS has considered the functionality of the chipset and offers two SATA 6.0 Gbps ports, USB 3.0 support and other goodies, but the most exciting is what ASUS has added the board on top of that. 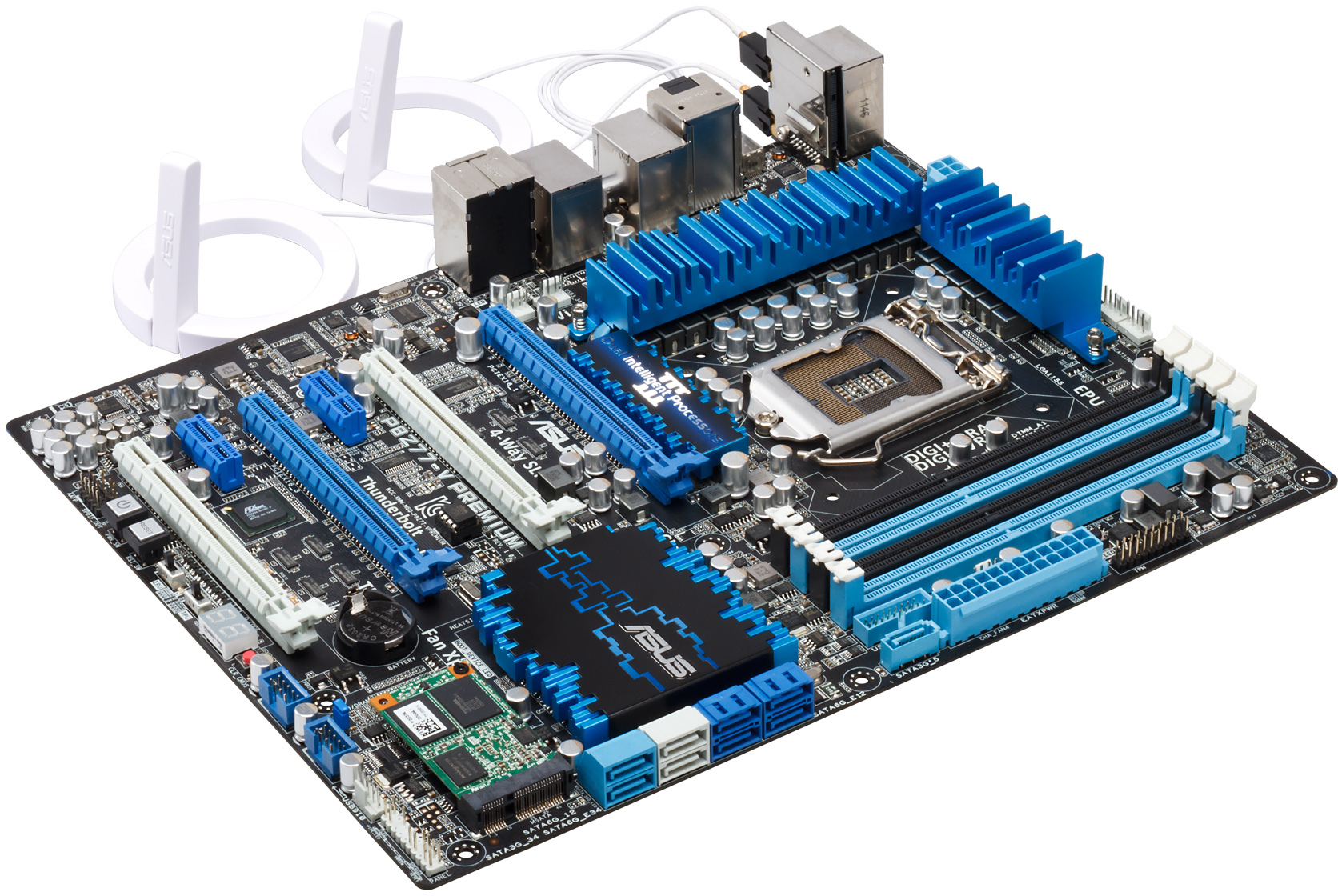 If we start with storage, ASUS has expanded the number of SATA 6.0 ports to 6, which adds up to 10 SATA ports in total with the four SATA 3.0 Gbps ports provided by the chipset. Exactly how many USB ports there are is a bit unclear, but judging from the pictures there will be at least four USB 3.0 ports and plenty of USB 2.0 ports. 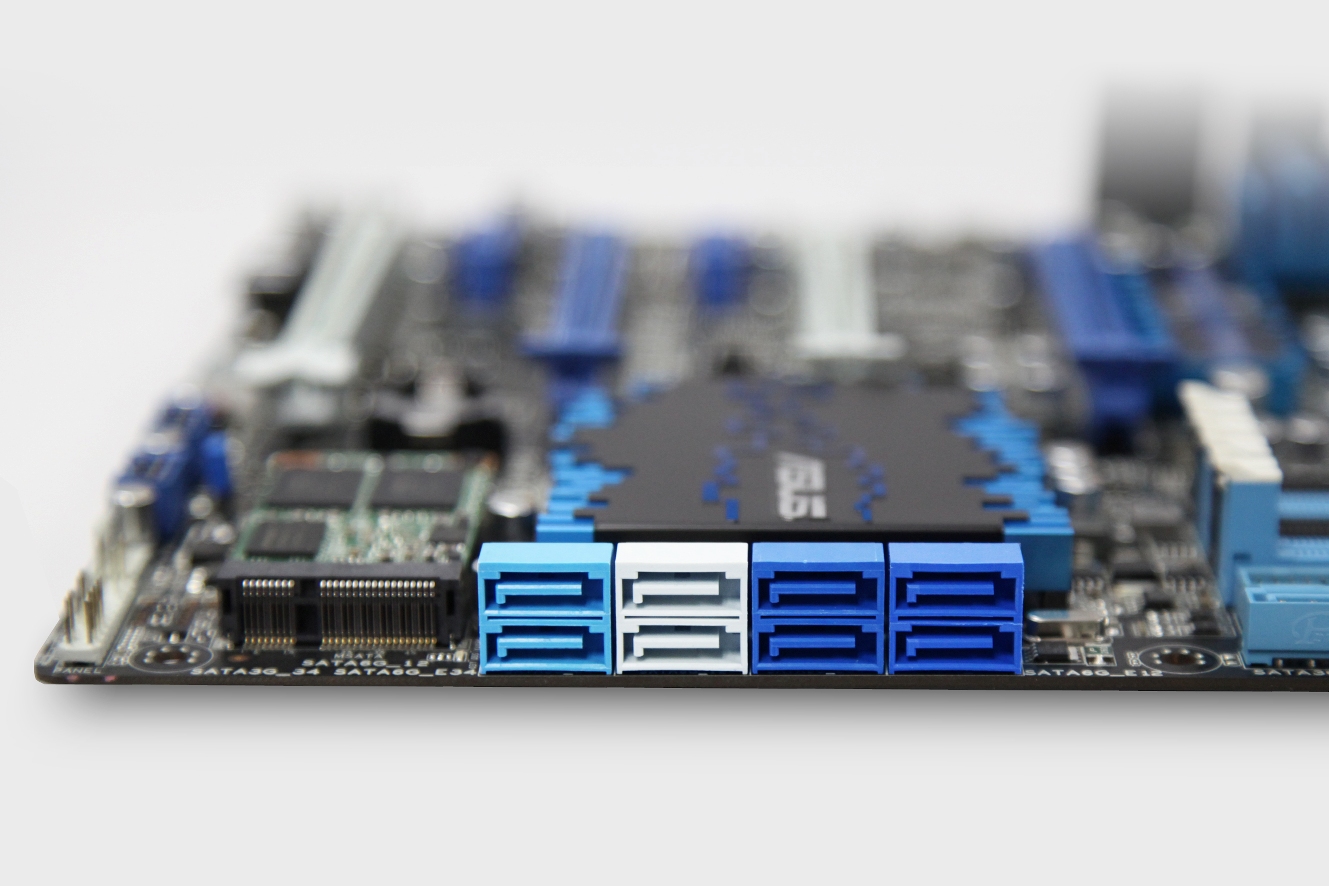 Last but not least there is a quite spectacular storage solution. A mSATA port that will hold a mSATA SSD that is configured to work with Intel Rapid Start and Smart Response Technology. These are technologies that will enable faster boot times and an overall faster system, when a mechanical harddrive is being used. The size of the SSD was not mentioned, but it is most likely 10-20GB and the unit has circuits from Toshiba and Nanya. 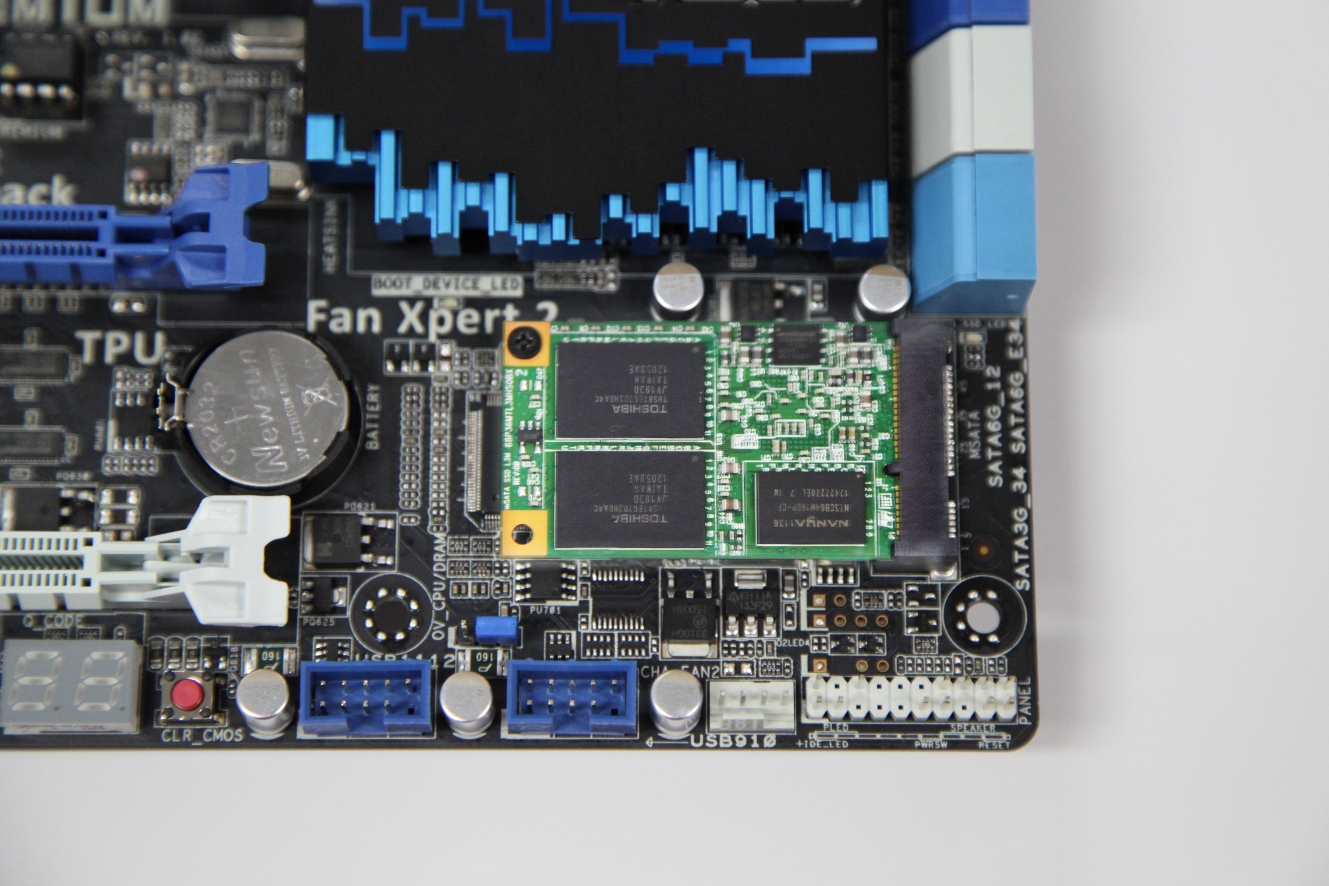 ASUS P8Z77-V Premium also supports 4-way SLI or Crossfire, and PCI Express 3.0. Other points that have been given some extra love include two Gigabit Ethernet ports and a dedicated WiFi module with dual frequency bands (2.4 GHz samt 5.0 GHz) for transfer speeds up to 300 Mbps. 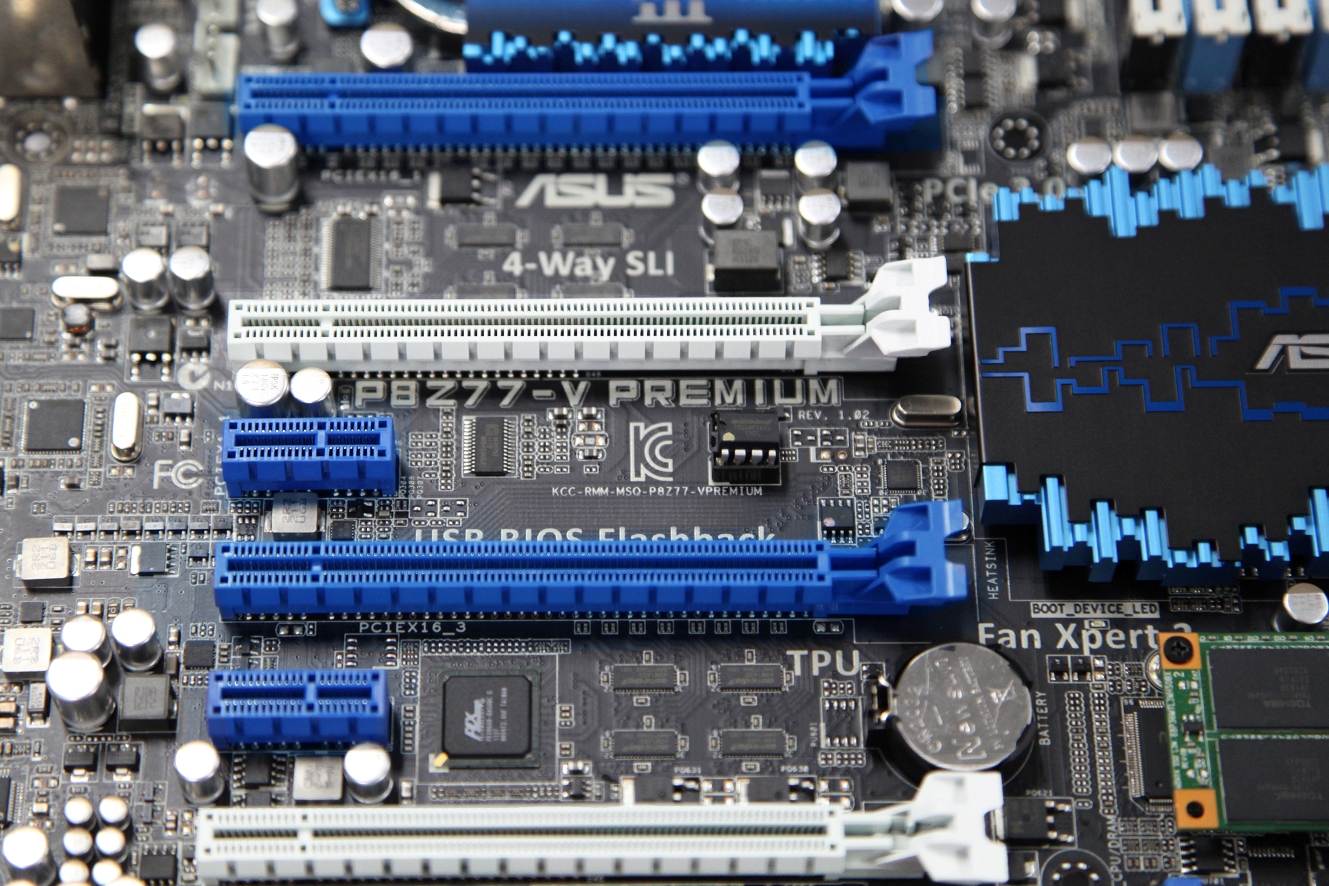 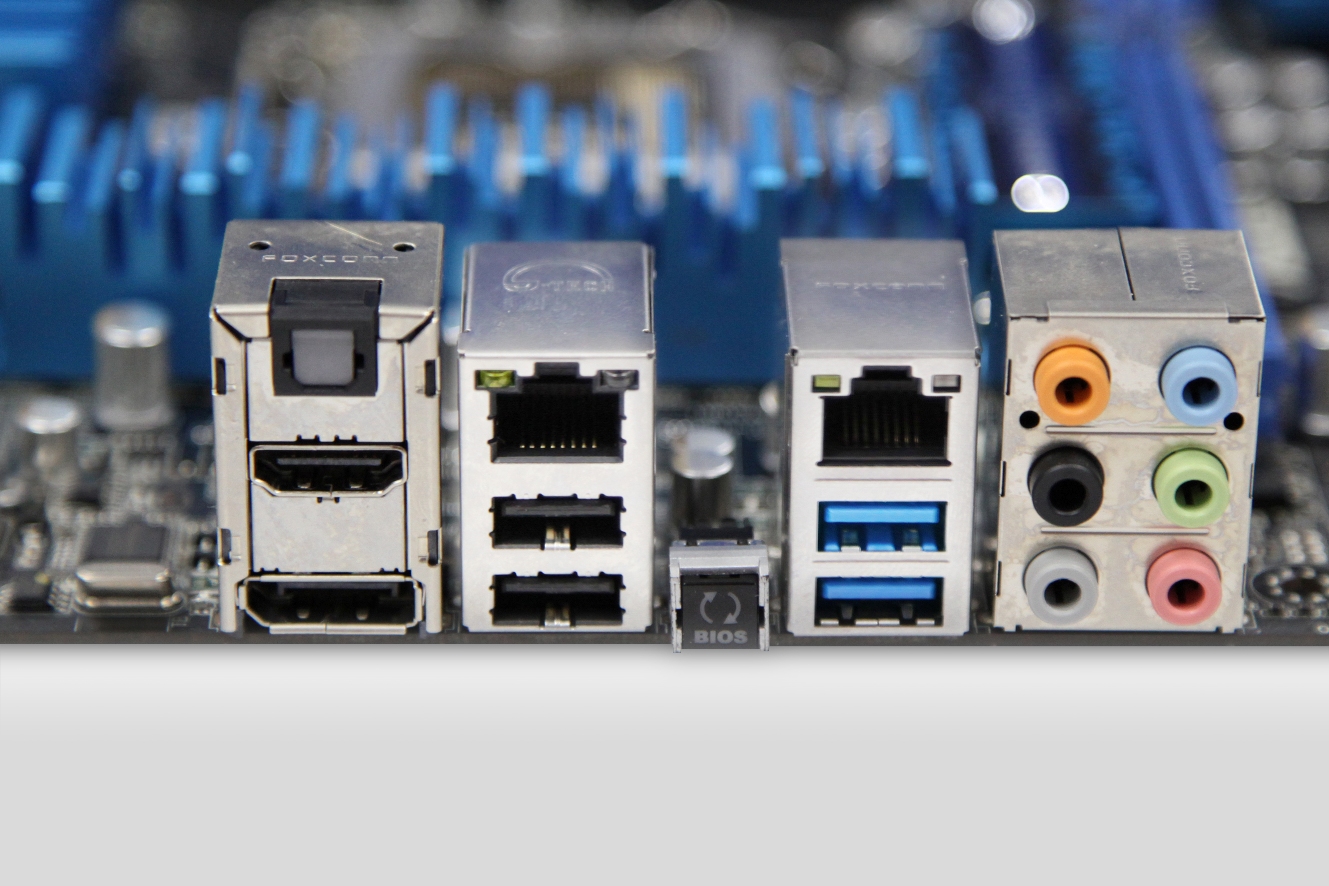 In the preview that ASUS has sent out we also see what looks like a mini-DisplayPort on the I/O panel. This is something we believe and hope is connected to a Thunderbolt controller, but we can’t confirm this at the time of writing.

ASUS P8Z77-V Premium is one seriously equipped motherboard for Intel’s new mid-range platform and the new Ivy Bridge processors. Exactly what the price will be and when it will be available was not revealed. 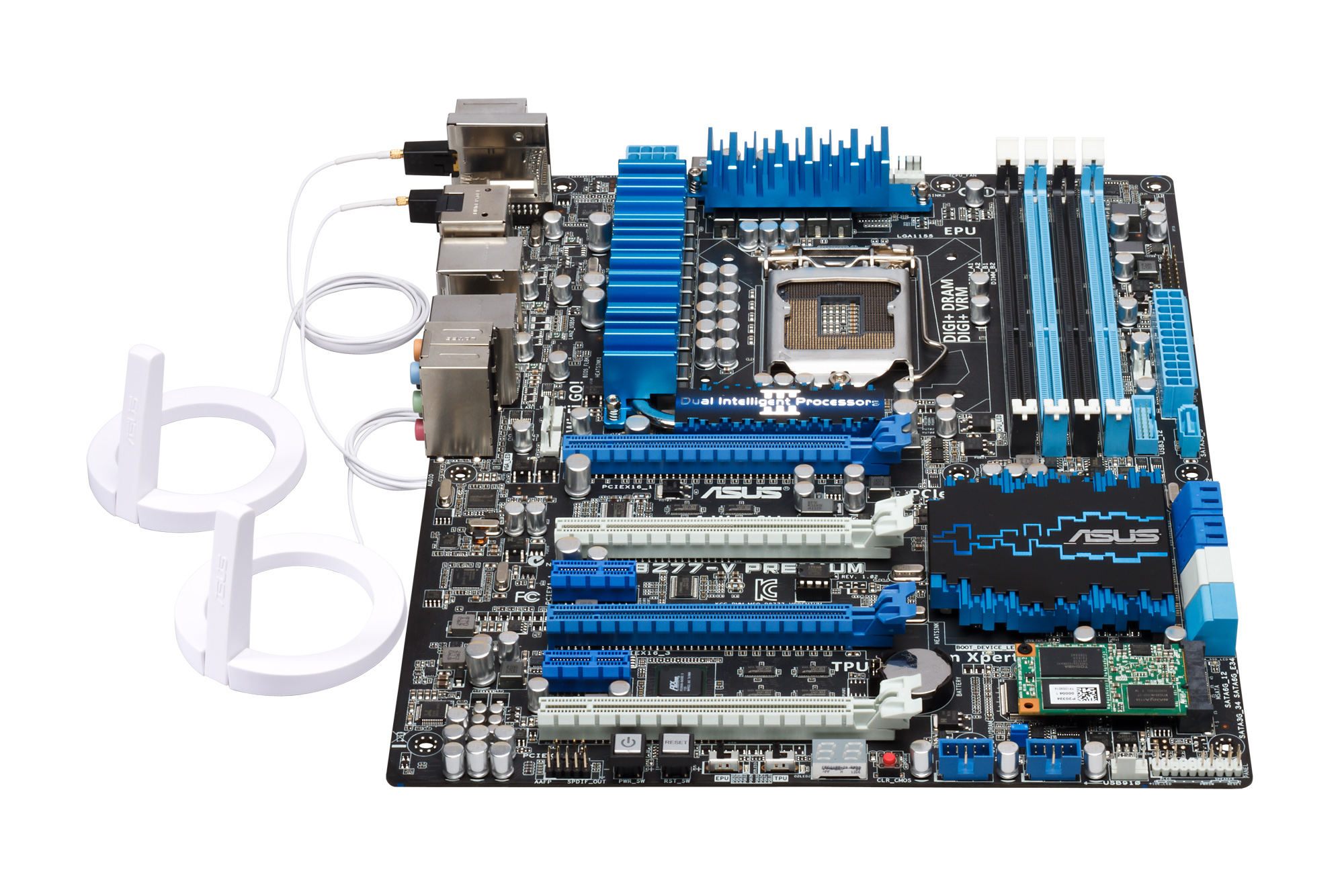