The market for superslim graphics cards that only needs one expansion slot has always been there, and it looks like Galaxy will supply these users with the world’s fastest single-GPU card – GeForce GTX 680. 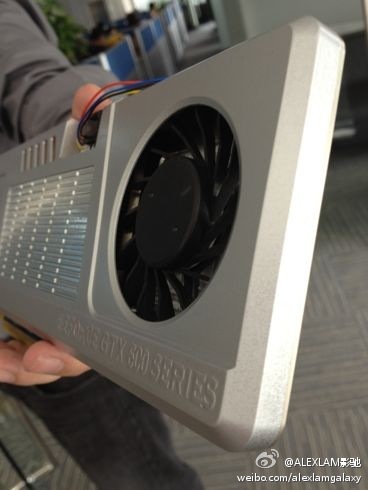 There is always someone that tries to bend and test the limits, and Galaxy believes it can cool a GeForce GTX 680 with a single-slot cooler. The card looks to focus on the Asian market with the name Galaxy GeForce GTX 680 Warriors Edition, and the cooler has been made extra long to do keep its slim shape. While it is hard to see from the angles on the pictures, it does look like the cooler extends from the circuit board.

We’re guessing the card will not support any kind of overclocking, which means we can expect NVIDIA’s reference clocks at best; 1006 MHz GPU and 2 GB GDDR5 at 1502 MHz (6008 MHz effective). If the card comes to Europe or the US we don’t know, but odd designs are not that common over here. If it makes it to market we’re curious to see how it handles the 195W TDP with such a small cooler.