It is not long to go before the launch of NVIDIA GeForce GTX 680, and what looks like a mistake the diagrams where made public by TomsHardware. GTX 680 looks to do well against HD 7970, but lose ground in higher resolutions.

NVIDIA’s new flagship GTX 680 that builds on the Kepler architecture is not far from launch, and more and more goddies are leaking on to the web. TomsHardware had their results up for everyone to watch, and we even managed to save these before they disappeared again. 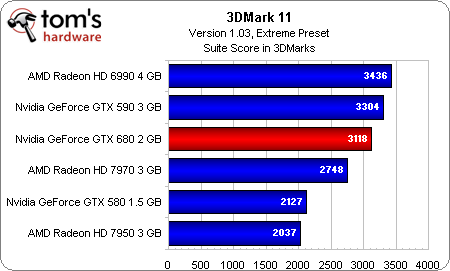 In 3DMark11 it is a clear victory for NVIDIA GeForce GTX 680 in Extreme Preset, and it is only behind the last generation graphics cards with dual graphics circuits, but not by far. 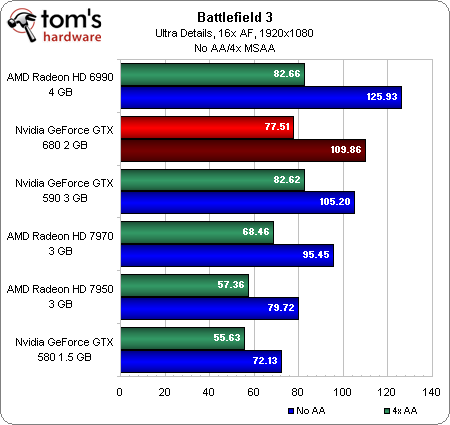 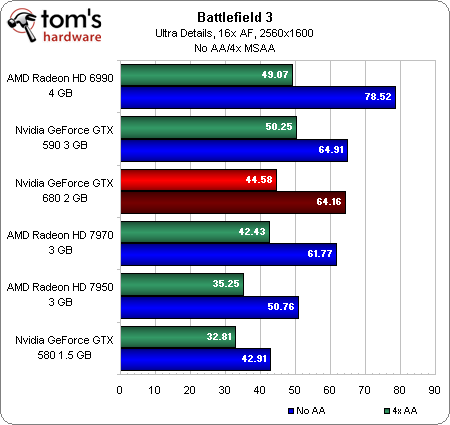 In Battlefield 3 we see something interesting. At 1920 x 1080 px resolution there is no discussion that GTX 680 is a performance freak that pulls ahead of AMD’s flagship HD 7970. At higher resolutions the distance shrinks and there is not that much of a difference between the two cards. The 256-bit bandwidth of GeForce GTX 680 looks to limit the card at higher resolutions. 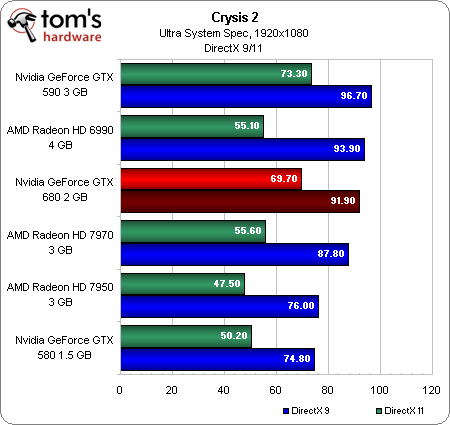 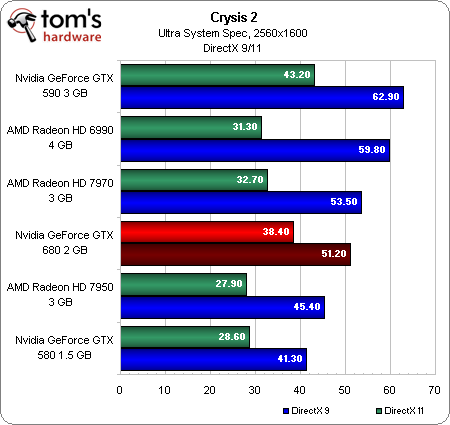 In Crysis 2 the distance between the two is much smaller at 1920 x 1080, but it is still there in favor of GTX 680. We can see that HD 7970 passes GTX 680 at the higher resolution in DirectX 9 mode, but in the more relevant DirectX 11 mode it is still behind the new contender.

Unfortunately we did not get the numbers of the power conumption, but considering the leaked slides that says 195W the card would be a better performer and more efficient than HD 7970. Manufacturers are notorious at only telling part of the truth with the specifications, but we hope to reveal the specifics in the near future. Though there is no doubt NVIDIA GeForce GTX 680 has the performance.