Haswell control its voltages through FIVR

Intel is coming closer and closer to delivering complete SoC solutions for desktop PCs, and with Haswell the chip maker breaks new ground. Intel has installed a voltage regulator into the processor that is both more efficient and fifty times smaller than modern VRM chips.

Intel processors of today have more than just CPU cores and cache integrated on the silicon. Intel and AMD have been able to integrated graphics cores, northbridge and southbridge components, and memory controller into their processors. We can to some degree now call them SoC solutions, but Intel has now taken another step towards making them even more complete.

Intel FIVR (Fully Integrated Voltage Regulator) is a way for the chip giant to further improve its platforms and make it easier for system builders and motherboard makers to develop new products. Intel’s integrated voltage regulator FIVR has many advantages over the solutions used today. 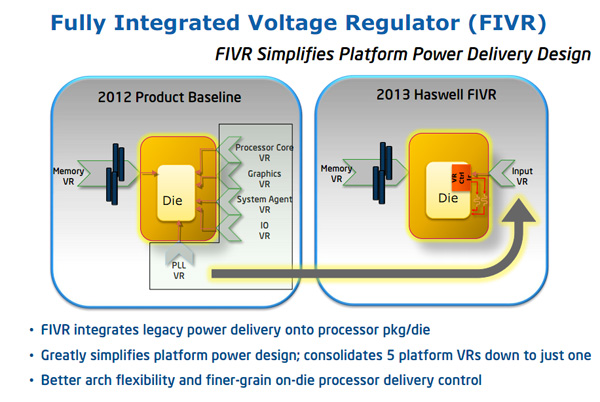 First of all, Intel gets better control over the voltages and energy consumption when the voltage regulator sits inside the actual processor. In a recently leaked roadmap it was revealed that the solution more or less eliminates ripple and results in better efficiency than the ”external” voltage regulators that is used today.

FIVR can effectively replace five different voltage regulators that we are used to seeing on the motherboard. FIVR is 1/50 the size of a traditional voltage regulators and can control the voltage for CPU, IGP, memory controller, system I/O and other functions. Despite the mere size each chip has 320 power phases that are divided into 20 separate FIVR cells with a capacity of 25 Ampere each. 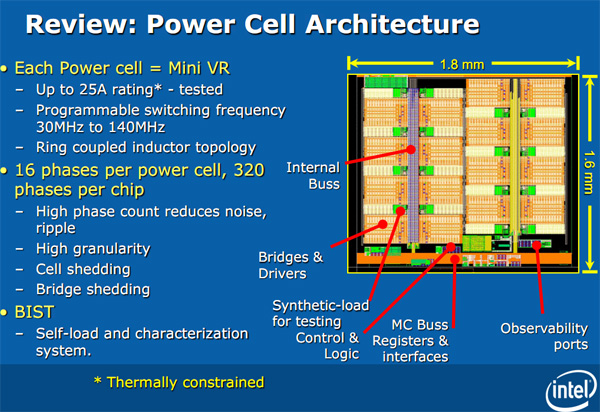 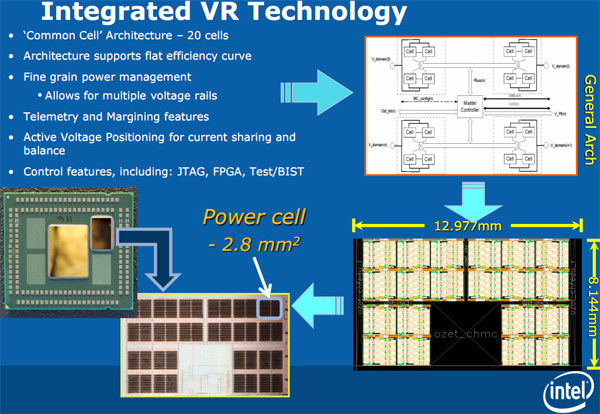 Chances are that overclocking with traditional cooling will be limited by the temperatures of the voltage regulator since it is a very small chip with highly concentrated heat development. This is just speculations though, but for regular systems FIVR will result in lower overall energy consumption and longer battery times in laptops.