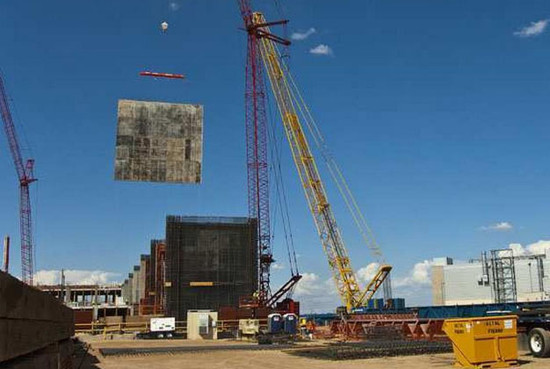 Intel is spearheading the semiconductor market and has already started building its first fab for mass production of circuits at 14nm. The fab is expected to become the most expensive and advanced in the history of the company.

With little less than two years to go before Intel will introduce the first processors and semiconductors for retail at 14nm, the build of Fab 42 is in full action. Besides being the first fab for Intel and the rest of the world for mass producing circuits at this level, it will be compatible with 450mm wafers. A 450mm wafer is 125 percent larger than a 300mm wafer and will reduce manufacturing costs in the long run, even if it will be an expensive investment right now. 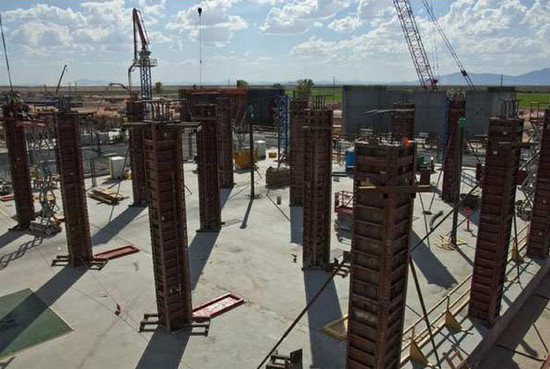 Not the best clean room, not yet at least

Fab 42 will be the first from Intel to cost more than 5 billion to build and builds on the same concept as fab D1X in i Hillsboro, Oregon. D1X is special to Intel because of the work behind it to control in-door temperatures and air quality for best possible yields. Fab 42 will also be a modular fab, like D1X, which means it will house manufacturing, research and development, but in separate units. This makes it possible to upgrade on demand, without having to close down the entire fab.

The production will start some time next year, and 14nm products will start shipping in the first half of 2014. The first products will be Broadwell, the successor to Haswell that will launch next year at 22nm. Little is known about Broadwell, but Intel is expected to continue the integration of components from the motherboard into the processor. Also the Atom division will be in pahse with its regular processors. The first Atom product at 14nm will be code-named Airmont, and will build on the new architecture that is introduced with Silvermont.

Intel and AMD currently offers processors at 32nm, and 14nm will bring massive advantages seen to the die size. You will be able to fit just as many transistors on a quarter of the surface, or four times as many transistors on the same surface as today. The technology is still far into the future and before theb we will have products at 22nm to expect from Intel, in the form of Ivy Bridge in April.