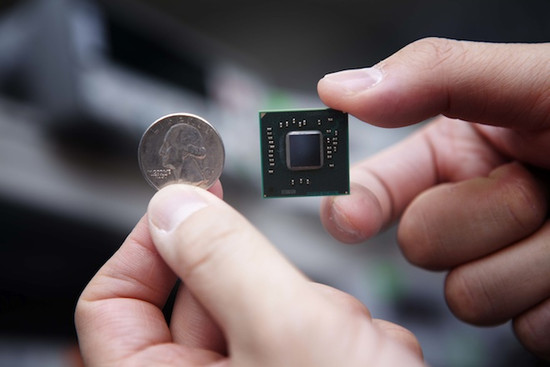 The industry is struggling to integrate more components. The advantages are big, mainly cost and energy. Some components are harder to integrate than other, and Intel has now managed to integrate WiFi on the same silicon as two Atom cores.

The new cirucit is called Rosepoint, a circuit developed by Intel just to see if it could do this and will not be commercially available. This is quite an achievement though, which it plans to use in future chips and most importantly SoCs (System-on-a-Chip) for smartphones, but also notebooks.

Building analog WiFi circuit, which is what most are today, is anything but easy. Circuits that rely on radio waves are very complicated, specially tailored and are very sensitive to voltage fluctuations. This makes it an even bigger challenge to shrink analog circuits to newer, smaller and more efficient manufacturing technologies. It is different for Intel though – it built a digital WiFi chip. It relies on two different voltage planes, and is therefore relatively simple to shrink to newer nodes like so many other circuits in the semiconductor industry.

“With a digital approach to radio, you can bring the benefits of Moore’s law to RF and radio circuits,” Intel CTO, Justin Rattner. 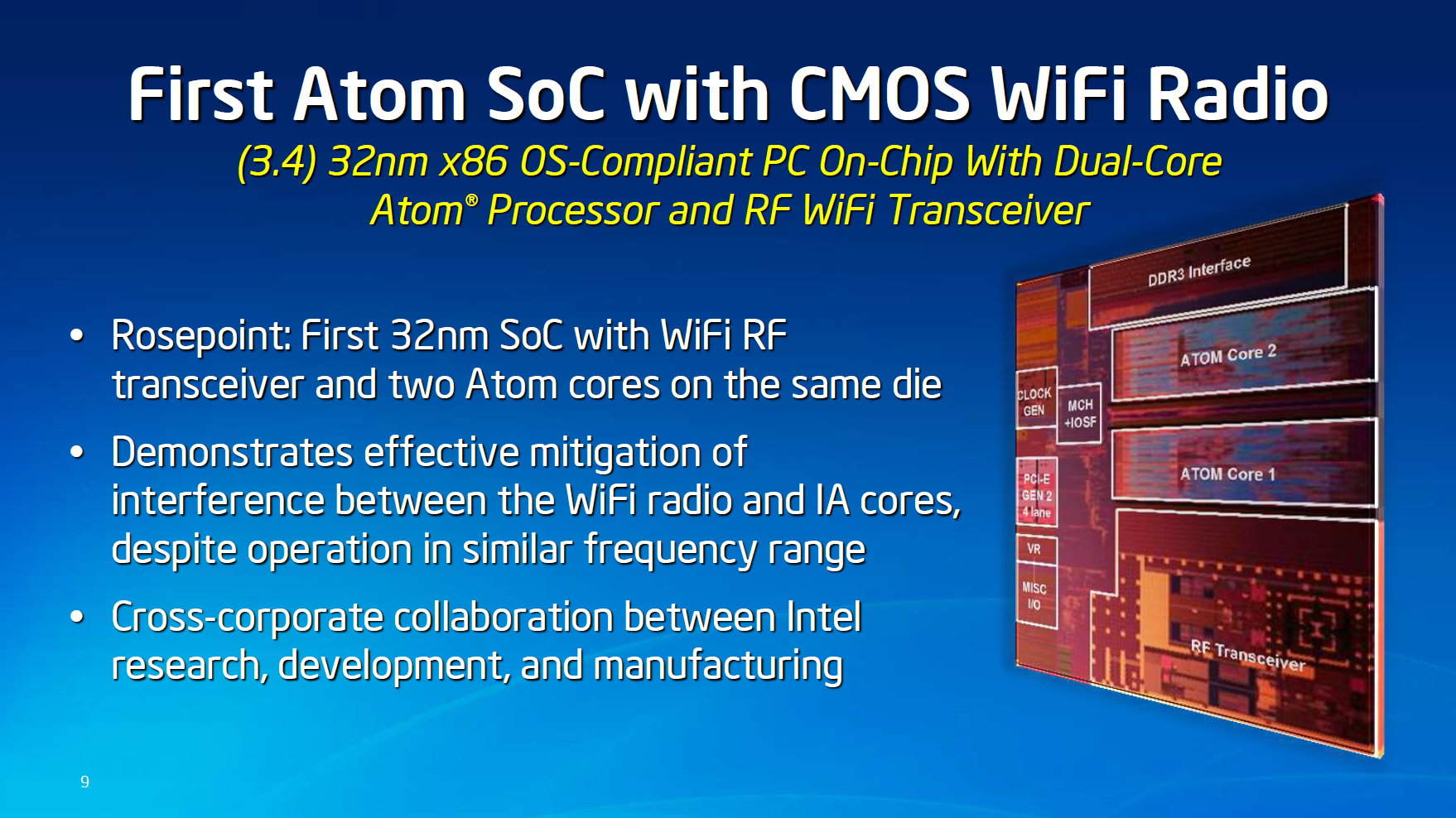 Intel has integrated a 2.4 GHz WiFi transceiver into a fully operational system processor at 32 nanometer – Rosepoint. Since both processor and WiFi operate at similar frequencies chances are that they will interfere with each other, and thus not work correctly. As they are located on the same piece of silicon Intel has managed to screen them, with noise and radiation screening technologies. Intel has also developed antennas that attaches directly to the chip, but this is not something it discuss in the open for another one or two years. Most likely since these are in an early prototype stage.

A great leap toward closer integration

This is a big step toward closer integration. Currently a lot of the communucation logic is housed in separate circuits, like WiFi and Bluetooth, in smartphones and computers, which increase complexity, size and cost of the boards – a major problem with handheld devices. These are often built on older, less efficient manufacturing technologies.

Except from being a leap forward technologically this could be something that moves Intel up on the carts among mobile manufacturers. It is trying to get into mobile phones with design wins from Lenovo and Motorola. With competition from Qualcomm and Texas Instruments it needs something extra to stand out and actually be able to compete. It will take a couple of years before it will be found in retail products, but Intel shows that it is serious with its mobile venture.