The Top500 list of the world’s fastest supercomputers have been updated for the first time this year and with a devastating margin Chinese supercomputers Tianhe-2 takes the lead. It does so with the help of thousands of Xeon processors and Xeon Phi GPUs from Intel.

The Chinese supercomputer Tianhe-2 has a maximal performance of staggering 33,863 Teraflops, which is nearly double that of last year’s leader Titan with 17,590 Teraflops. The two supercomputers are very different, but the common nominator is the base architecture where they pair powerful processor circuits with efficient graphics circuits dedicated to generic tasks.

China’s National University of Defense Techynology that built Tiahne-2 decided to use a different combination and went for circuits from Intel instead. Tianhe-2 has 16,000 separate nodes each with two hexa-core Intel Xeon processors (E5-2692 2.2 GHz, Ivy Bridge) and three Xeon Phi graphics processor for a total of 3,120,000 execution units. Xeon Phi is better known as Knight’s Corner builds on a GPU architecture that Intel developed in the Larrabee project. Larrabee was first intended to launch in retail, but these plans were scrapped and instead merged into Intel’s MIC project with focus on GPGPU applications and powerful servers.

Intel Xeon Phi is made with 22 nanometer technology and comes in several sizes with up to 1 Teraflops performance in double precision and memory bandwidth up to 320 GB per second with 8 GB GDDR5 memory. Each Xeon Phi card costs between 1,695 to 4,129 USD and Tianhe-2 houses 48,000 of these, which we sincerely hope they got a mass discount for. 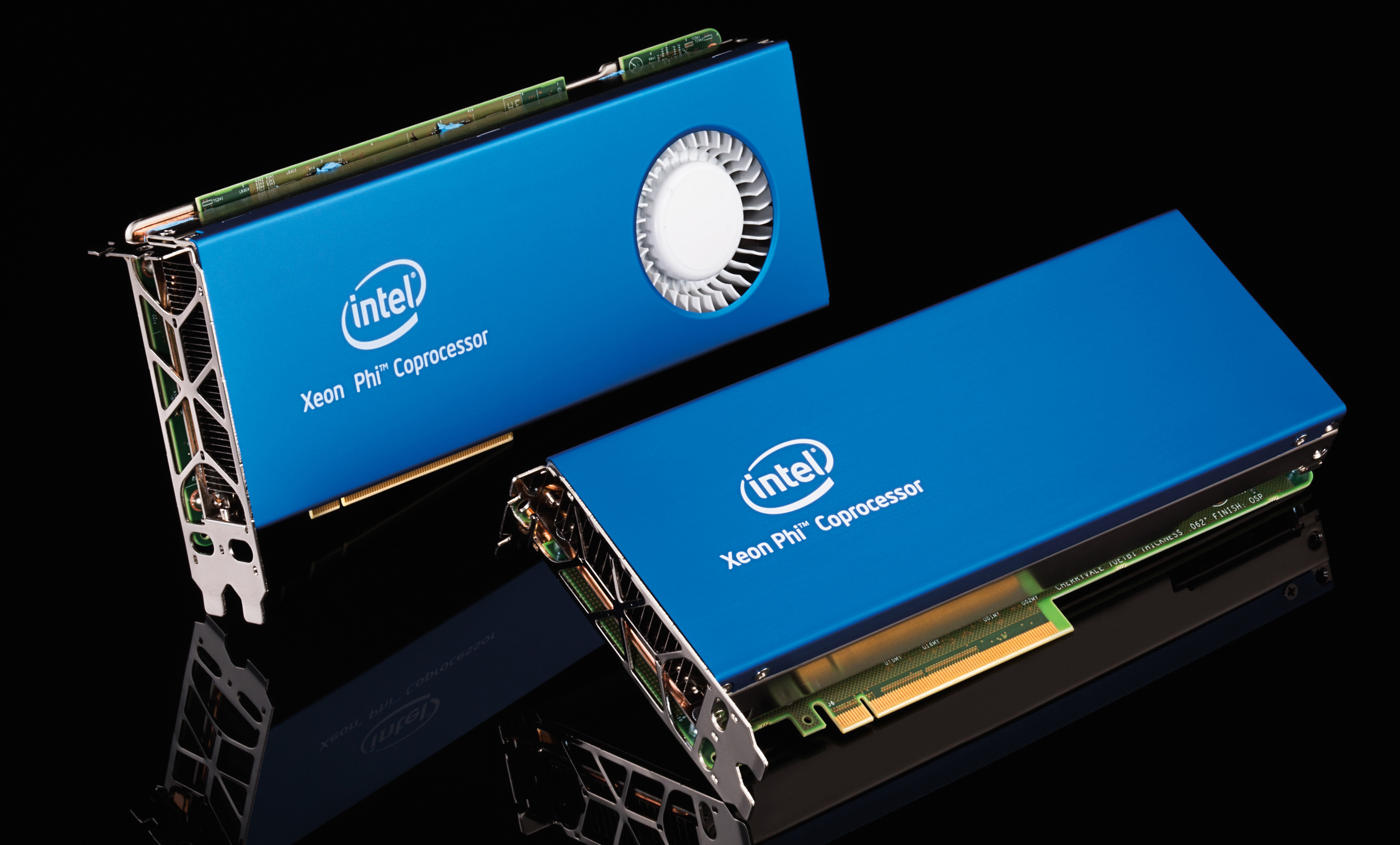 Not the most energy efficient supercomputers

Tianhe-2 is also known as Milky way-2, and was not intended to go into operation until 2015, but is already up and running. This means that for the last two years we have seen four different CPU architectures taking the lead of the Top500 list with Xeon, Opteron, Sparc64 and IBM PowerPC.

The hunt for supercomputers with Exaflops performance continues and currently China is in the lead. 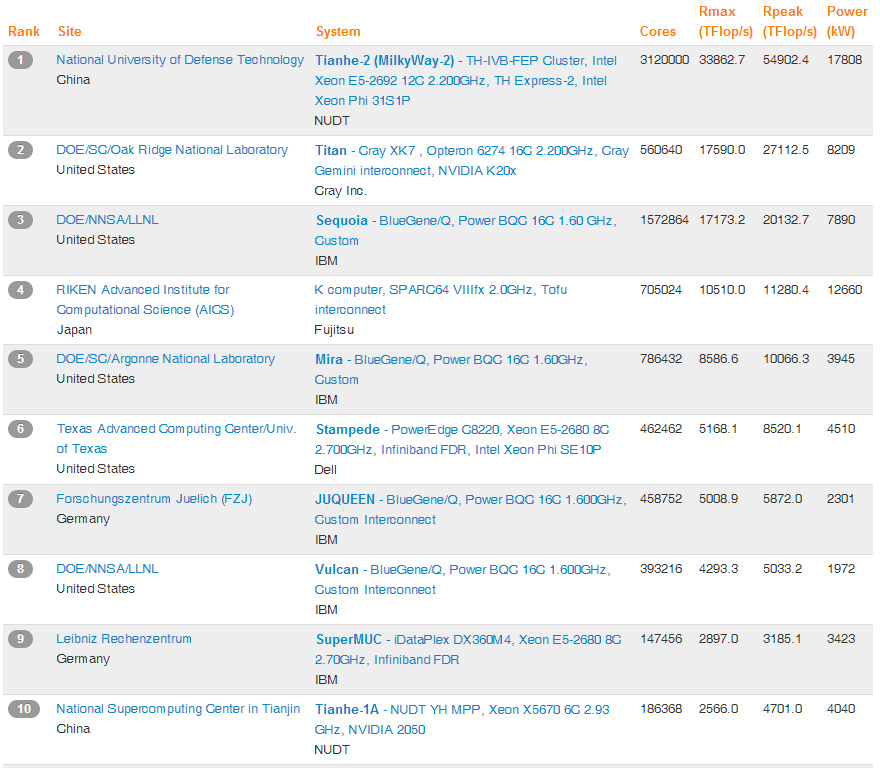