John Carmack is one of the founders of game developer Id Softwares and is by many considered of the front runners in gaming. He has now decided to leave the company and take the role of CTO at Oculus VR, the company behind the kickstarter success Oculus Rift.

As founder of Id Software, John Carmack has an impressive list of merits. He worked on some of the first first person shooters in the industry, Wolfenstein and Doom, and has been with the company for many years as both programmer and front figure. He also started a space travel company, Armadillo Aerospace.

Every year Carmack holds a speech about progress and flashbacks of the industry at Quakecon, and this year he spoke a lot about virtual reality, or VR, and most of all kickstarter success Oculus Rift, a pair of screen glasses that covers your field of vision with a 3D vision for a substantially heightened experience.

Graphics of the future a matter of the heart

Carmack has for long expressed love for the development in screen technology and new ways of transmitting video from games. Virtual reality has been mentioned as the future for gaming, and Oculus Rift has been an example that has come up many times. With that in mind it is not entirely surprising that he has now become Chief Technology Officer at Oculus VR.

Oculus VR made the announcement in a blog entry on its website, where it also reveals that Carmack will take place at a new office based in Dallas, USA, for which it is looking for additional staff. The same entry contains a statement by Carmack. 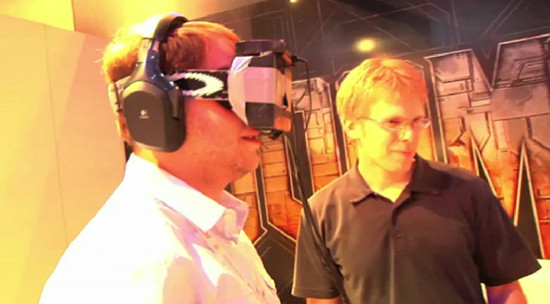 “I have fond memories of the development work that led to a lot of great things in modern gaming – the intensity of the first person experience, LAN and internet play, game mods, and so on. Duct taping a strap and hot gluing sensors onto Palmer’s early prototype Rift and writing the code to drive it ranks right up there. Now is a special time. I believe that VR will have a huge impact in the coming years, but everyone working today is a pioneer. The paradigms that everyone will take for granted in the future are being figured out today; probably by people reading this message. It’s certainly not there yet. There is a lot more work to do, and there are problems we don’t even know about that will need to be solved, but I am eager to work on them. It’s going to be awesome!”

It should be said that Carmack leaves his previous position with Id Software, but will remain as a consultant and contribute to the development of future games.

Oculus VR has expanded heavily since the breakthrough at E3 and Kickstarter, and has collected large sums in investments that has contributed to the new office. Yet there is no official launch date for Oculus Rift, but it looks like it might arrive in some form next year. The goal is a price tag of around 300 dollar.

😮 How much money will he siphon off for his dream of rockets.