Lian Li has launched a new case with cube design and its Mini Q PC-V354 is just like previous models geared for HTPCs and home servers. The aluminum case has room for a single 5.25″ and two large fans in the front and can also house really long graphics cards.

Lian Li PC-V354 measures 245x320x420mm (W.H.D) and supports Micro-ATX, Mini-ITX and Mini-DTX motherboards. The case has a format similar to Fractal Design Array, but bigger and not only ready to act as a server but also house some really powerful components.

The two 120mm fans in the front blows in over the harddrive cages that can hold seven 3.5″ drives, but for those that can do without the lower cage there is room to install a 350mm long graphics card. 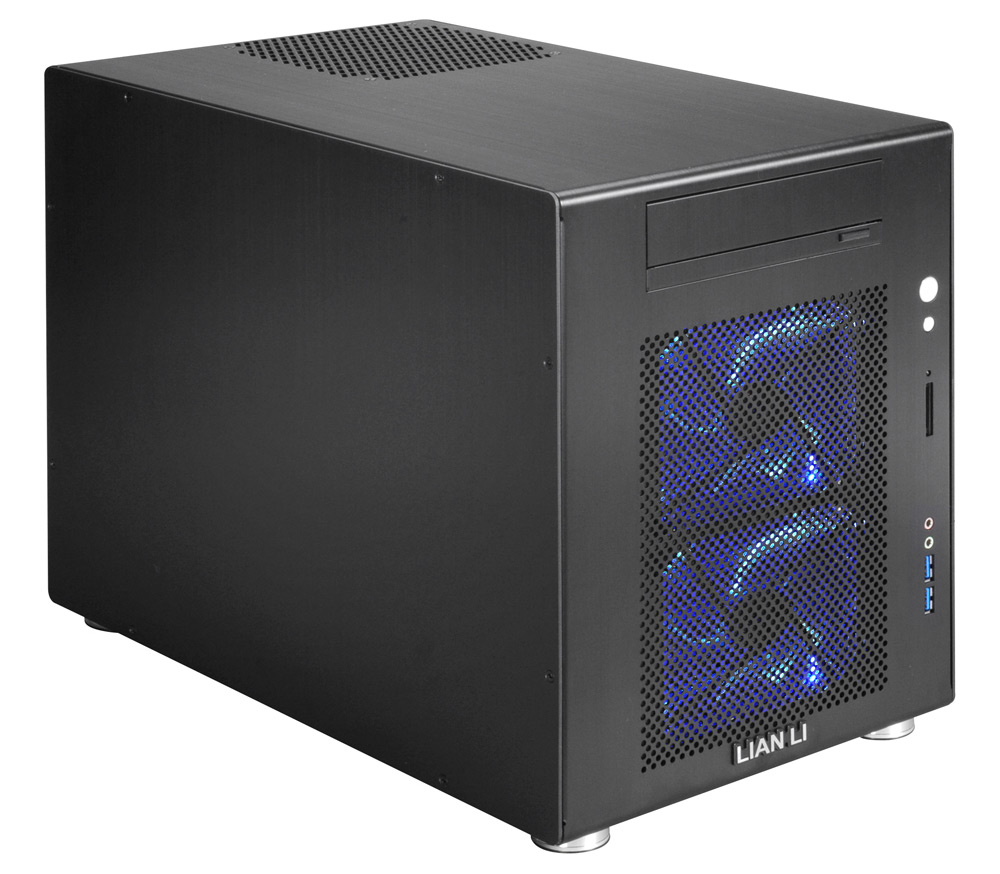 The case also has a 140mm fan in the roof of the case for ventilating the hot air. Both fans and power supply are attached with rubber details to minimize vibrations and at the same time the case has external USB 3.0 ports and SD card reader.