Noctua is famous for its quiet cooling fans, but the company has often focused on large fans between 80 to 140 millimeter. The Swizz  manufacuters has now broadened its assortment with three new fans, whereof two are real mini models at 40 and 60 millimeter in diameter – still with a focus on low noise.

Noctua’s new NF-A serie consists of three members. One larger 92 millimeter fan and two smaller fans at 60 and 40 millimeter respectively. Noctua claims the demand for quiet and efficient fans in these sizes is growing, especially from customers that wants to swap fans in network and storage equipment and other smaller systems.

The fans sport Noctua’s rubber supported AAO frame and channels on the fans blades to improve airflow. The new A series uses modular cables and ships with both a variety of adapters and mounting brackets. Each fan is covered by six year warranty and four new SSO2 layers for silent operation and long life. 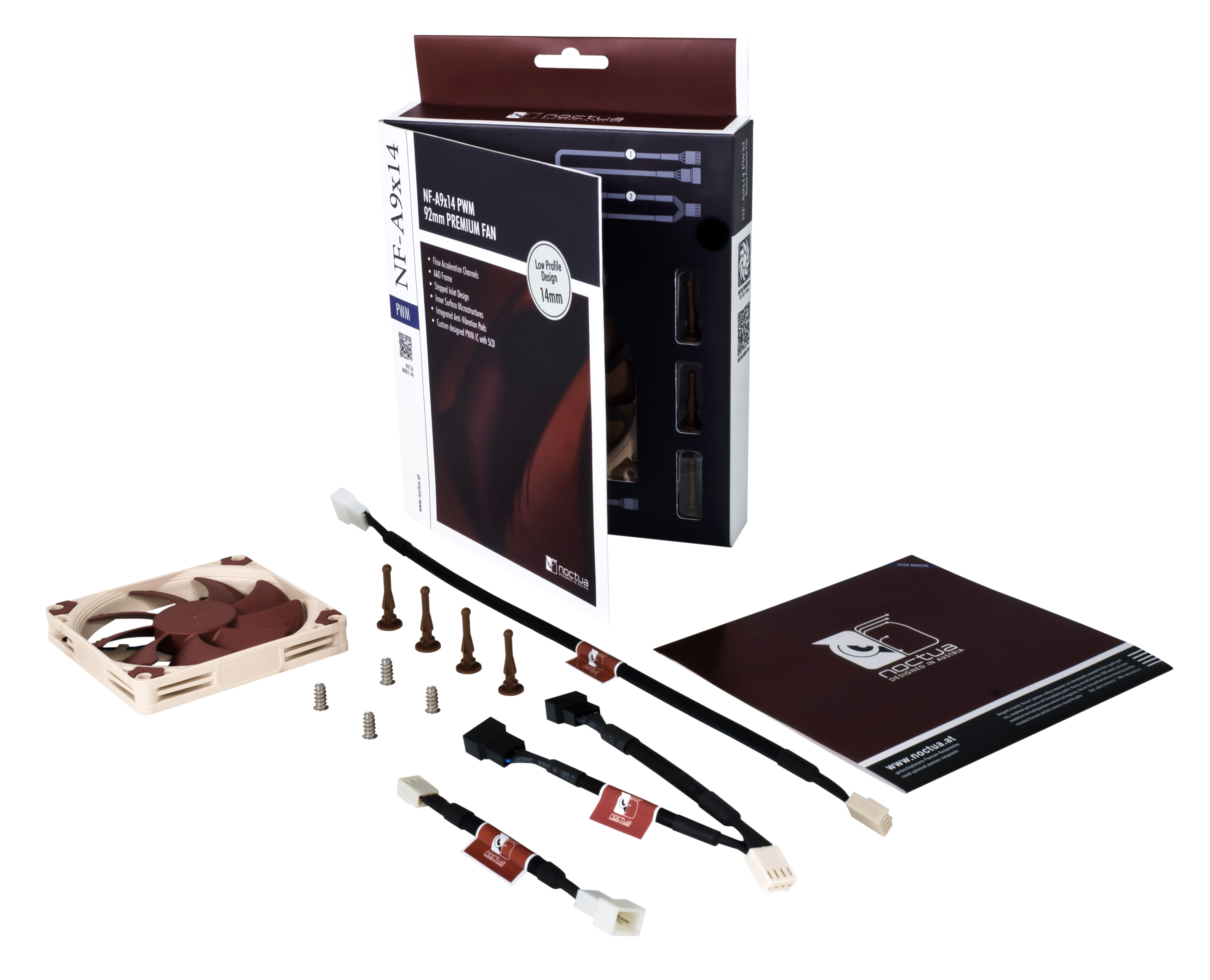 The prices of Noctua’s fans are as usual higher than average, and this also applies to the A series.

Worth mentioning is that the 92 millimeter fan is only 14mm in profile, which makes it optimal for low profile coolers, and it supports PWM control.

Noctua’s new fans will be in stores soon.

Here it is the review of those little fans 🙂