The idea was to update the GeForce driver with 3D Vision Surround support by the end of April, but the technology needed tweaking and now that the new 256 series driver arrives on May 24th it will bring better SLI support and performance improvements for the GeForce GTX 400 series. 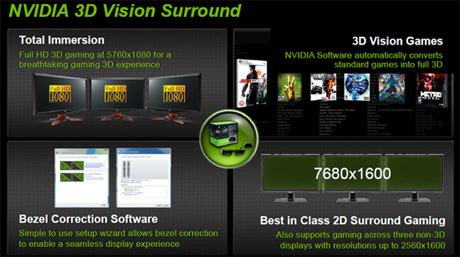 No 3D Vision Surround though and users will get some more time to save for that second GeForce GTX 480/470 card, and three 120Hz monitors.

”When we launch the 3D Vision Surround driver at the end of June, we will provide a game list and guidance on how to get the best experience with this cool new technology. I am looking forward to it!, kommenterade Tom Petersen i NVIDIAs nTersect blog”