Nvidia dominates the performance segments of the graphics card market at the moment. The new top model Geforce GTX 780 showed impressive performance in our tests, but will also be priced high. To make things worse Nvidia has confirmed that it will not bundle any games with the card.

In our test of the new top model Geforce GTX 780 we praised the performance of Nvidia’s new graphics card, but were disappointed with the meager game bundle. We thought the card would ship with the game Metro: Last Light, the same game you get when you buy a card from the Geforce GTX 600 series (GTX660 and up).

We felt this was rather meager compared to AMD’s package Never Settle Reloaded where you get four highly rated games with a card from the Radeon HD 7900-serien. A bundle that contains Crysis 3, Bioshock Infinite, Tombraider and Far Cry 3: Blood Dragon.

Today we have learned from Nvidia that Geforce GTX 780 will not be part of the Metro campaign and thus ship without any games at all. Instead partners will have to connect with game developers and create their own bundles if they want to add value to their graphics cards.

Failed grade for a card in this price range

This does in no way make the card any worse of a performer, but that a card in this price range doesn’t come with a single game is just subpar considering added value. AMD have been top notch here for a long time and we hope Nvidia will follow in the future.

Most likely Nvidia is working on a new game bundle for the GTX 700 series, but this is nothing it could comment on today. Until we hear more on this topic, consumers should be aware that partners may still create their own bundles for the new top model GTX 780. 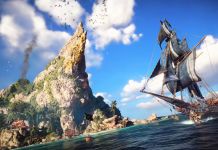