OCZ Technology has presented its new SSD series Octane that is based on the technology and controller design the company acquired with the purchase of  Indilinx. OCZ says in a press release that the new SSD will offer speeds up to 560 MB/s and 45,000 IOPS.

Octane uses OCZ’s Indilinx Everest SSD controller. Everest is based on an ARM processor with dual CPU cores and SATA 6,0 Gbps interface. OCZ has developed a budget model called Octane S2 that use SATA 3,0 Gbps interface with toned down performanceerbjuder .

On the whole OCZ says the new SSD series is the first to not be optimized for a single use. Octane will bring high sequential speeds and good IOPS to make it suitable for many different uses, with optimizations for quick boots. OCZ has also revealed that the controller is optimized for working with files between 4KB and 16KB. It also has also worked hard on reducing the wait times and says that read and write latencies at 0.06 and 0.09ms are market leading.

How the new devices perform in standardized benchmarks is another story, but Octane sure looks like an exciting addition to an already tough market. Everest is also the first SSD controller to support 3-bit TLC NAND flash, which in theory increase the theoretic capacity with 50%.

OCZ Octane will also be the first SSD series to offer 1TB capacity at 2.5″. It will do so with eight memory channels and high density flash circuits. This should make for good price per gigabute, even if OCZ has not released any such information. 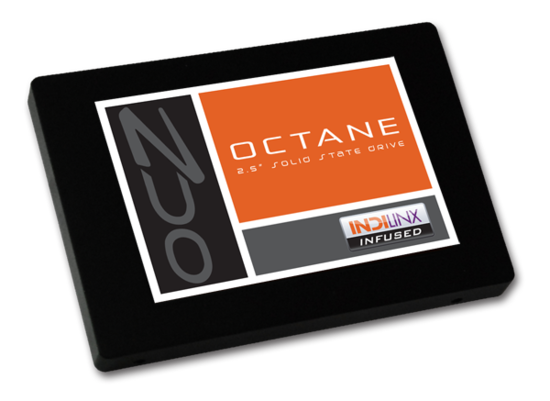