The first (p)review of Bulldozer and FX-8150 is out. It is Romanian site Lab501 that has acquired a processor and performed several tests. The tests compare FX-8150 to Intel Core i7-2600K and unfortunately the results are not impressive.

While the launch of Bulldozer will happen on October 12th, Lab501 has been quick with publishing a preview of the top model FX-8150. They acquired the processor without having to sign an NDA with AMD; which made this possible. They compared the processor to Core i7-2600K and the results are not we have been hoping for for a processor marketed with eight cores. However, it may be a good idea to wait for the onslaught of reviews that are coming in a number of hours.

In IrfanView it tests the editing of large pictures, and then times it. Core i7-2600K takes the lead, and FX-8150 is well behind despites the eight cores.

The now old SuperPi uses x87 code that is no longer used in any actual applications, and SuperPi has not been updated for 16 years. For the competitive bunch it is still hot, and shows who is king of the hill.

In the physics tests for 3DMark 11 that is dependent on the processor, Intel once again flex its muscles.

We would like to point out that all game tests were done at 1280 x 1024, with high settings. The difference between the processors should be smaller in higher resolutions, which is once again why we urge you to wait for more complete reviews.

In Unigine Heaven that is a DirectX11 demo to demonstrate the game engine Core i7-2600K is ahead of FX-8150.

In HAWX that actually is an AMD-sponsored title things look rather down, as Core i7-2600K claims victory with ease.

Here we see the measured power consumption, from the board, and can rule out other components. It doesn’t say what kind of load is used, but we it should be the same on both samples. Core i7-2600K is near its 95W TDP, while AMD FX-8150 is actually above its promised 125W. Besides performing worse in all tests but one it also comsumes more power. 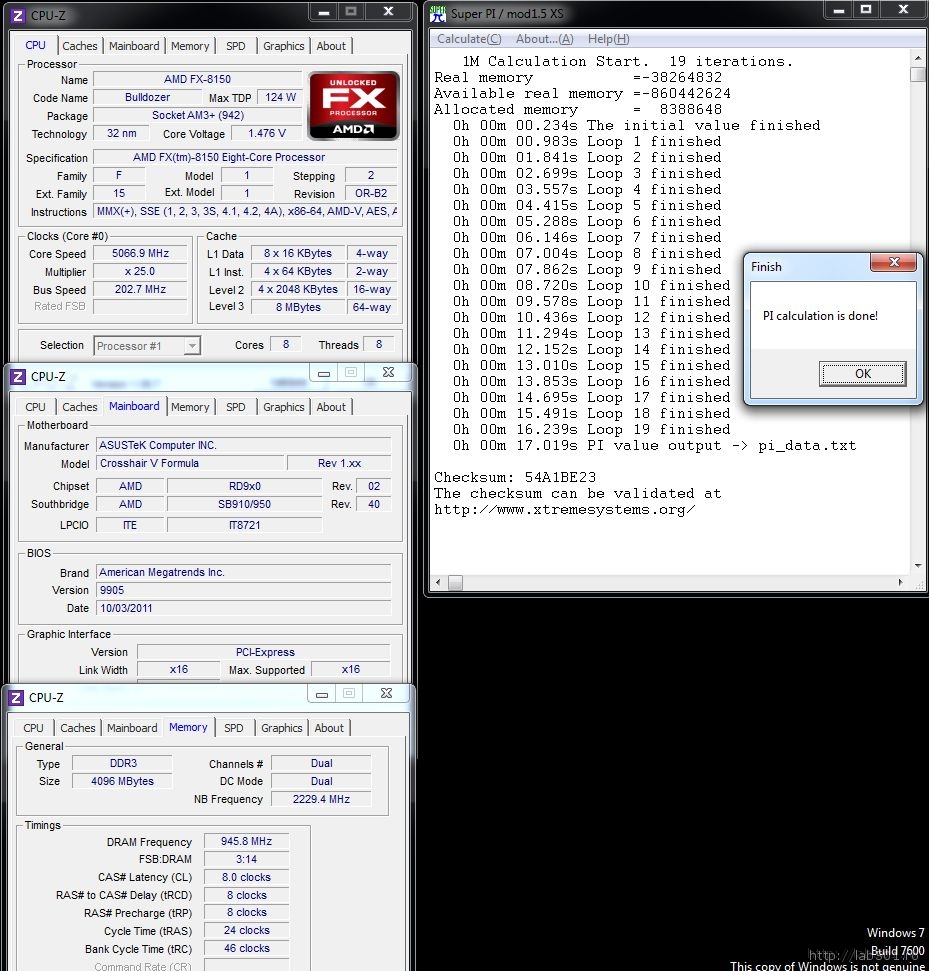 Lab501 reach at best 5066 MHz on air stable for SuperPi. The writer says he could reach full stability at 4700 – 4800 MHz. The clock frequencies reminds a lot of those for Sandy Bridge.

The results from Lab501 are anything but good for AMD, as many were hoping for a stronger competitor. When the marketing started as a processor with eight cores and the revival of the FX rbanding people were hoping for a lot. The launch is imminent and full reviews will be out in a day.