Phenom II X6 1055T has been around for a few months now, but it looks like a more energy efficient version is hitting stores, with only 95W TDP. We have been waiting for it, but hasn’t spotted it until now.

AMD Phenom II X6 1055T available in most stores today is rated 125 watt, but the model with the product name HDT55TWFK6DGR has appeared in Japan, with specifications identical to the older twin; six cores at 2.8 GHz and 6MB L3 cache, but only 95 watt TDP. 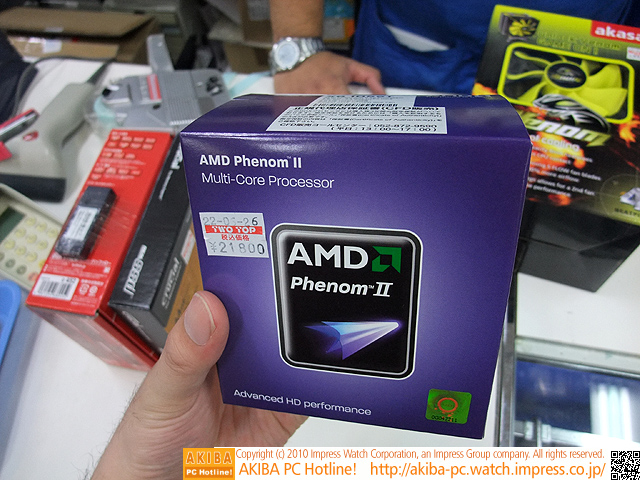 The new processor is being sold in Japan for 22,000 YEN (~247 USD) and should be heading for other markets soon. The price in Japan is a bit above the price of the 125W version, but 50 USD more for the energy efficient model looks to be in line with other price settings by AMD.

It should be noted that this processor has been sold to OEMs since May, but it finally looks like a retail version is coming, even if AMD hasn’t released any official information on a pending release.