Radeon HD 6850 is one of the most affordable cards in the mid-range segment and now that PowerColor has launched a new model it brings many news. PowerColor HD6850 single slot edition is the first HD 6850 with a single-slot cooler. To make perfect use of the thin profile the card can be used in Quad CrossFireX.

PowerColor has moved away from AMD’s reference design and the circuits board hasn’t just got an  extra CrossFire connector but also more efficient power supply. Platinum Power Kit is what PowerColor call this surface-mounted bag of goodies. Voltera voltage regulators with solid electrolyte capacitors and Proadlizer circuits can be found on the board that is only about a centimeter in depth.

PowerColor has used a full cover cooler with solid copper base and beefy 8mm heatpipes for keeping the circuits well cooled even when crowded. And crowded they will be when used in Quad CrossFireX, something which the reference design doesn’t support. 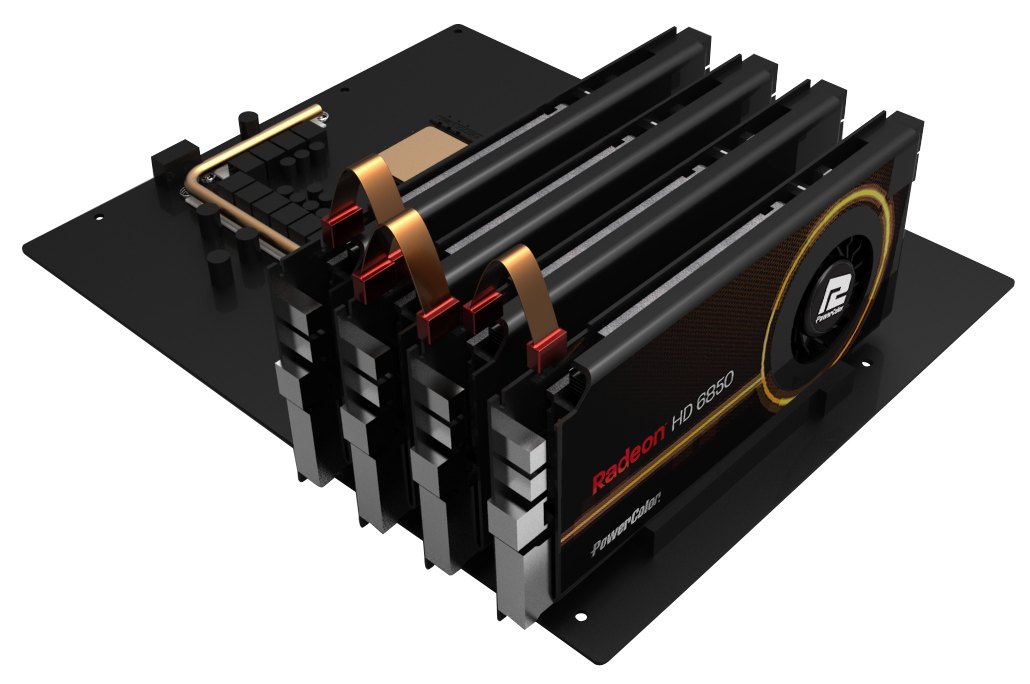 Otherwise the card has the same clock frequencies as the reference with a GPU operating at 775 MHz while the 1 GB GDDR5 memory spins at 4000 MHz. Despite the fact the card only has a single slot expansion panel it has four video outputs; DVI, HDMI and dual Mini-DisplayPort, which also enables 4-way Eyefinity.

PowerColor expects a price premium of around $20 over the reference model. 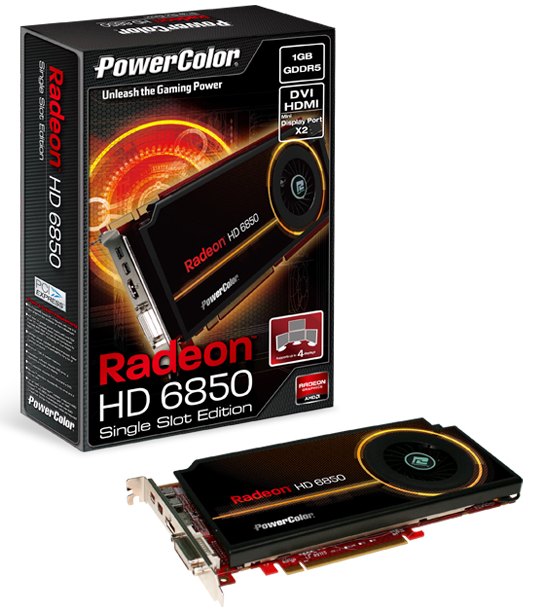