Prototype chip from Sony enabls wireless speeds up to 6.3Gbit/s 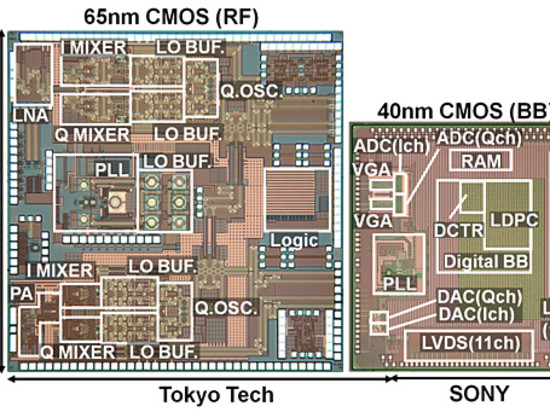 Sony has together with Tokyo Institute of Technology developed a prototype chip for wireless transfers. The chip has set several new records, not just the transfer speed at 6.3 Gbit/s – but also the low energy consumption at 74mW.

The circuit consists of a baseband part (BB LSI) and a radio frequency part (RF LSI), and was constructed using both shared and separate resources from Tokyo Institute of Technology, also known as Tokyo Tech, and Sony. While Sony worked on the digital part of the baseband circuit and the manufacturing of the chip, Tokyo Tech worked on the raido frequency bit and tthe analog parts of the baseband circuit. The result is a circuit that communicates on the 60GHz frequency with high speeds and low energy consumption.

Sony sees great potential in the technology for products like mobile phones, TVs and media players for sharing and streaming media. For example video at HD quality from a phone to TV, similar to Apple’s Airplay, but directly instead of via local netowrk.

There is no information if or when the technology will be implemented in retail products.