Thermalright has continued its work with big and powerful coolers. During Computex the company showed several new creations and among these we found Thermalright HR-02, Wheel and Sentinel that truly are something out of the ordinary where none of the coolers weigh below 1.1 kilo.

Thermalright HR-02 is a tower cooler developed for cooling processors without the need for active cooling. Thermalright claims that the cooler weighing 1100 gram, and sporting six powerful heatpipes and a slightly angled design will be able to cool an Intel Core i7 CPU without a fan on the heatsink. The cooler has be pretty close to the case fans and the voltage can’t be over 1.25V, but it’s still impressive. 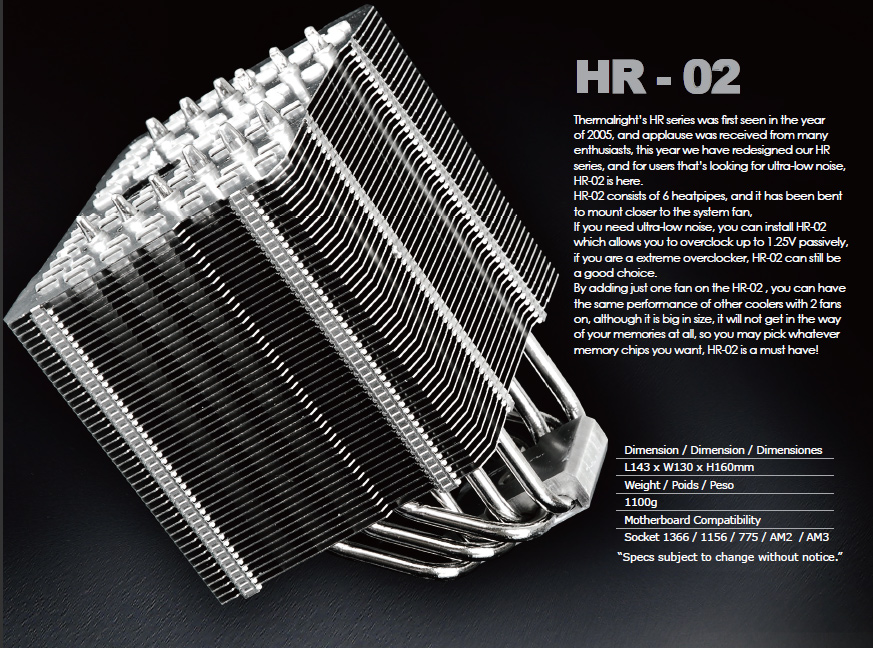 Thermalright Wheel is built vertically with a cylindrical shape, making it a quite unique design. It weighs 1150 gram and has six 6mm heatpipes transferring heat up to the 150x150mm cooling tower. Inside the tower sits a temperature controlled PWM fan that removes the heat. 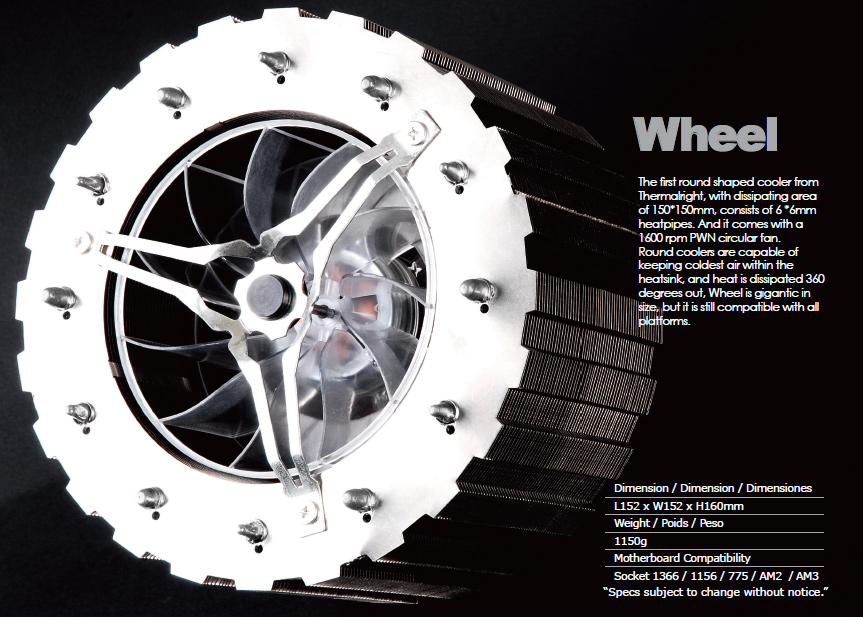 Thermalright Sentinel is supposedly inspired by the movie Matrix and looks a bit funny. Ten heatpipes are connected to the base of the cooler and each heatpipe has its own cylindrical heatsink. With a match weight of 1200 gram the cooler will be capable of cooling most processors without a fan attached, as long as there is a decent airflow in the case. 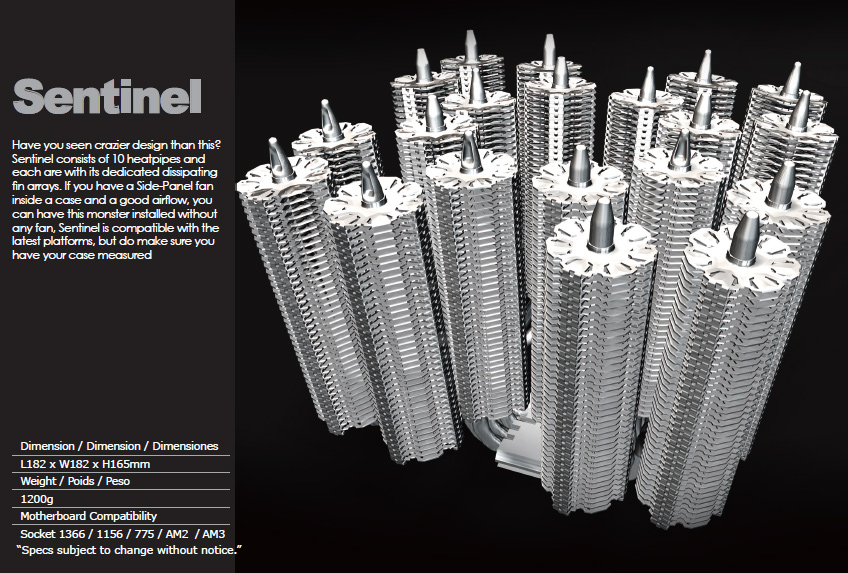 There are no launch dates or prices available at the time of writing, but you can check out Thermalright’s Computex video for a closer look.