Zotac has, as promised during CeBIT 2010, will launch a custom version of NVIDIA’s high-end GeForce GTX 480. Zotac 480 AMP! Edition ships with a huge cooler equipped with two powerful fans for keeping the hot circuit at acceptable temperatures. Zalman supplies the VF3000 model and it requires no less than three expansion slots. Zotac has overclocked the card, which justifies the cooler even further. 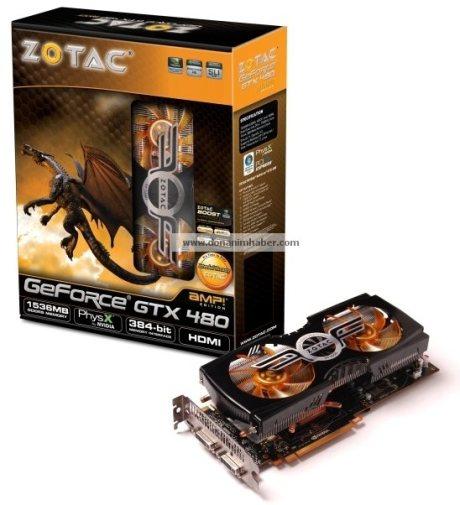 We don’t know the price of the card yet. According to Zotac, at CeBIT, the AMP! Edition won’t cost that much more, but the higher price will be justified by the better performance.