Acer has big update of its notebooks coming and two of the new models will be something of a netbook/tablet hybrid. Acer Aspire 1825PTZ and 1825PT both ship with 11.6″ screen sporting capacitive touch technology that can be rotated 360 degrees for tablet functionality. Under the hood we find Intel’s CULV platform for optimal performance and power consumption.

The memory is set to 4GB and 3GB respectively while the storage capacity is the same, 250GB. Acer hasn’t confirmed he specifications, but the prices looks to land somewhere around $700 with a rumored 9 cell battery. 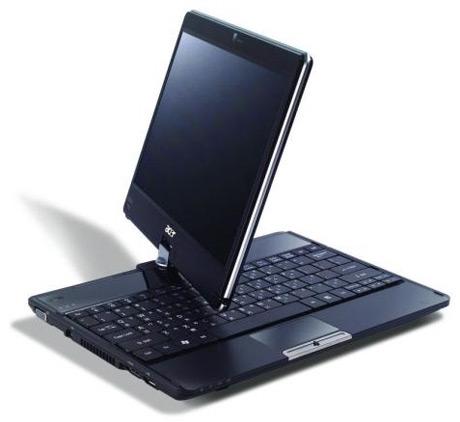