AMD’s new Catalyst is out and it will be first version that officially supports the new A series APUs. Besides that it has tons of fixes, performance optimizations and a new AMD-exclusive function called AMD Steady Video. Steady Video will stabilize videos at YouTube to make bad videos behave less annoyingly.

The official version of Catalyst 11.6 has rolled out and it is highly recommended for the early adopters of the Fusion A series that AMD released for notebooks just a few days ago. Another important function is AMD Steady Video that is exclusive for all with a graphics card from AMD or a VISION as AMD puts it. 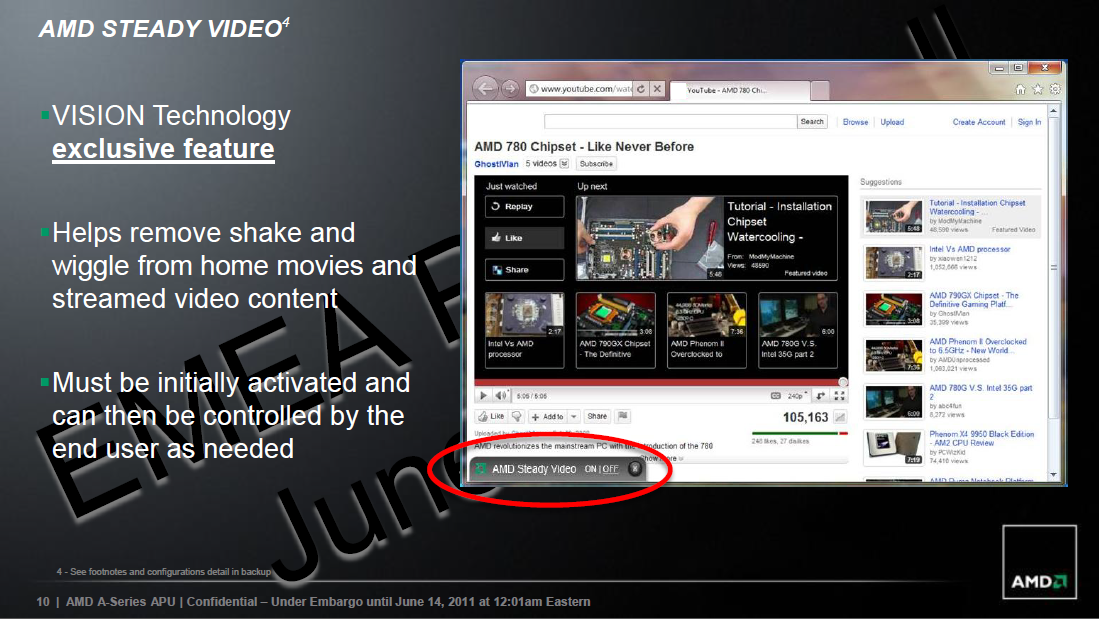 Steady Video stabilizes videos at YouTube using an advanced algorithm performed by the many Radeon cores. It points out that Steady Video will work even better with more pwoerful hardware.

Besides this we also find a number of performance improvements for the HD 6000 series:

Head over to AMD to download the new drivers.