AMD has lifted the embargo on the next generation graphics cards, Radeon HD 6800, but it has also released some more details on the coming APU circuit Llano. The company showed a test system earlier this month that was playing the DirectX 11 game Alien vs. Predator.

Llano will be the first APU from AMD for desktop computers and will set aim for the mid-range and performance market and go up against Intel’s Sandy Bridge architecture. AMD’s Application Processing Unit will be made with 32 nanometer technology and houses beside an integrated DirectX 11 graphics circuits up to four processor cores.

The test platform AMD showed during a press event in Los Angeles was based on a quad-core Fusion APU that could, just through the integrated graphics portion, play Alien vs. Predator at 1024×768 pixel resolution with DirectX 11 effects.

AMD revealed no clock frequencies – neither for CPU or GPU – but the test platform had no problems with running the relatively demanding game at this resolution. Perhaps not very impressive compared to discrete graphics cards, but still promising performance for an integrated solusion that will not launch for another six months at least.

This was all AMD wanted to say about the new APU circuit today, but those who happen to pass by the Technical Forum & Exhibition 2010 in Taiwan can see the Llano test system with his own eyes. 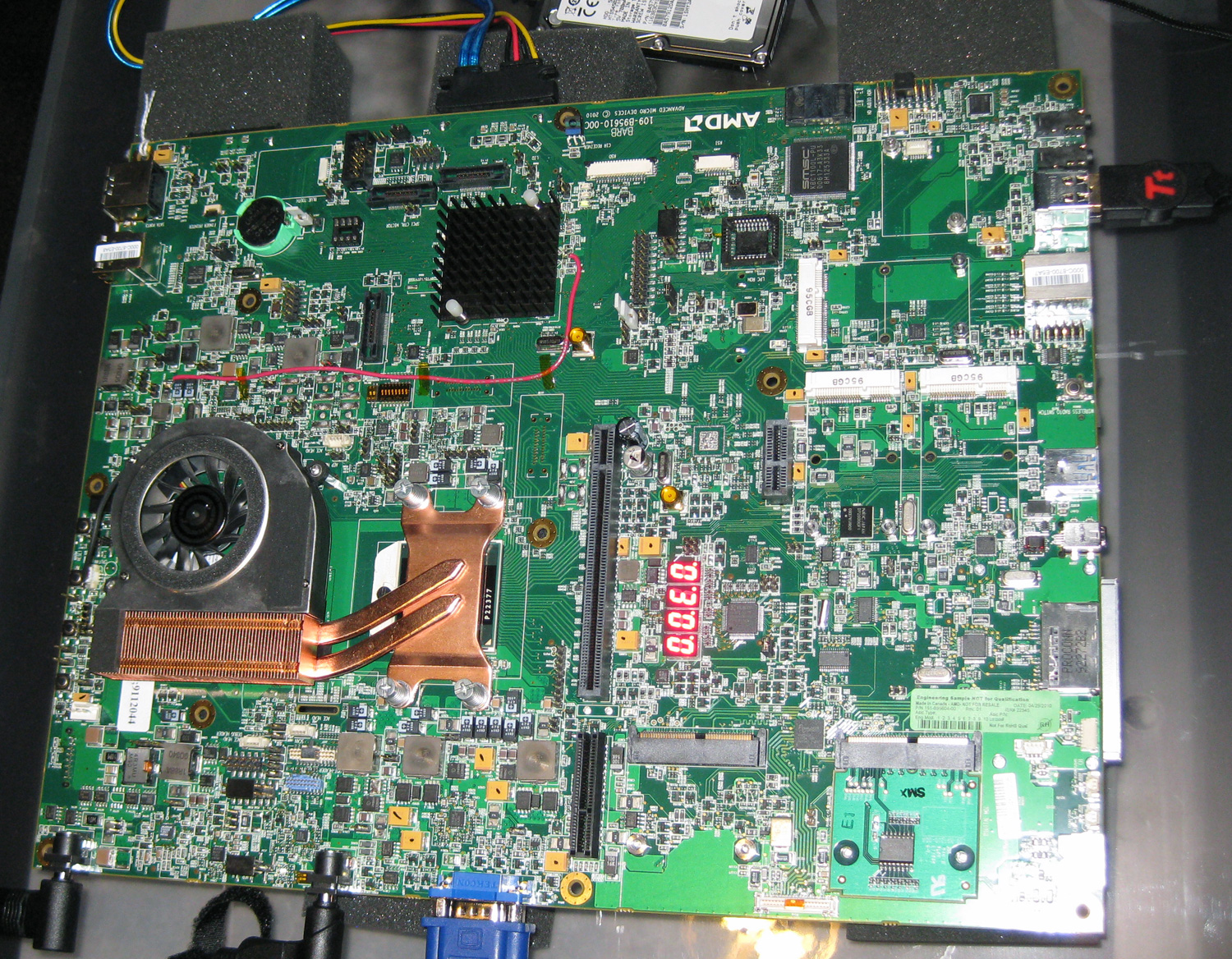