Asrock has a whole armada of motherboards ready to launch alongside of Intel’s new Haswell platform on June 4th. Now that the new Intel Z87 lineup has been revealed we can conclude that one of the new things for this series is the focus on wireless networking and the new 802.11ac standard.

Asrock is no stranger for integrating network circuits on some of its motherboards, but with the Intel Z87 launch next month we will see the first models with the new 802.11ac standard that offers theoretic speeds far above current 802.11n solutions.

Asrock has prepared a total of 10 different motherboards with the Intel Z87 chipset and the new LGA1150 socket. The leaked roadmap also holds information about an Intel H87 board that will become available short after the launch of Haswell.

We recognize the product names from previous generations of Asrock motherboards where the Extreme series is led by the most feature-rich model – Extreme11. This board has the suffix ”/ac”, which shows the board comes with integrated 802.11ac networking. 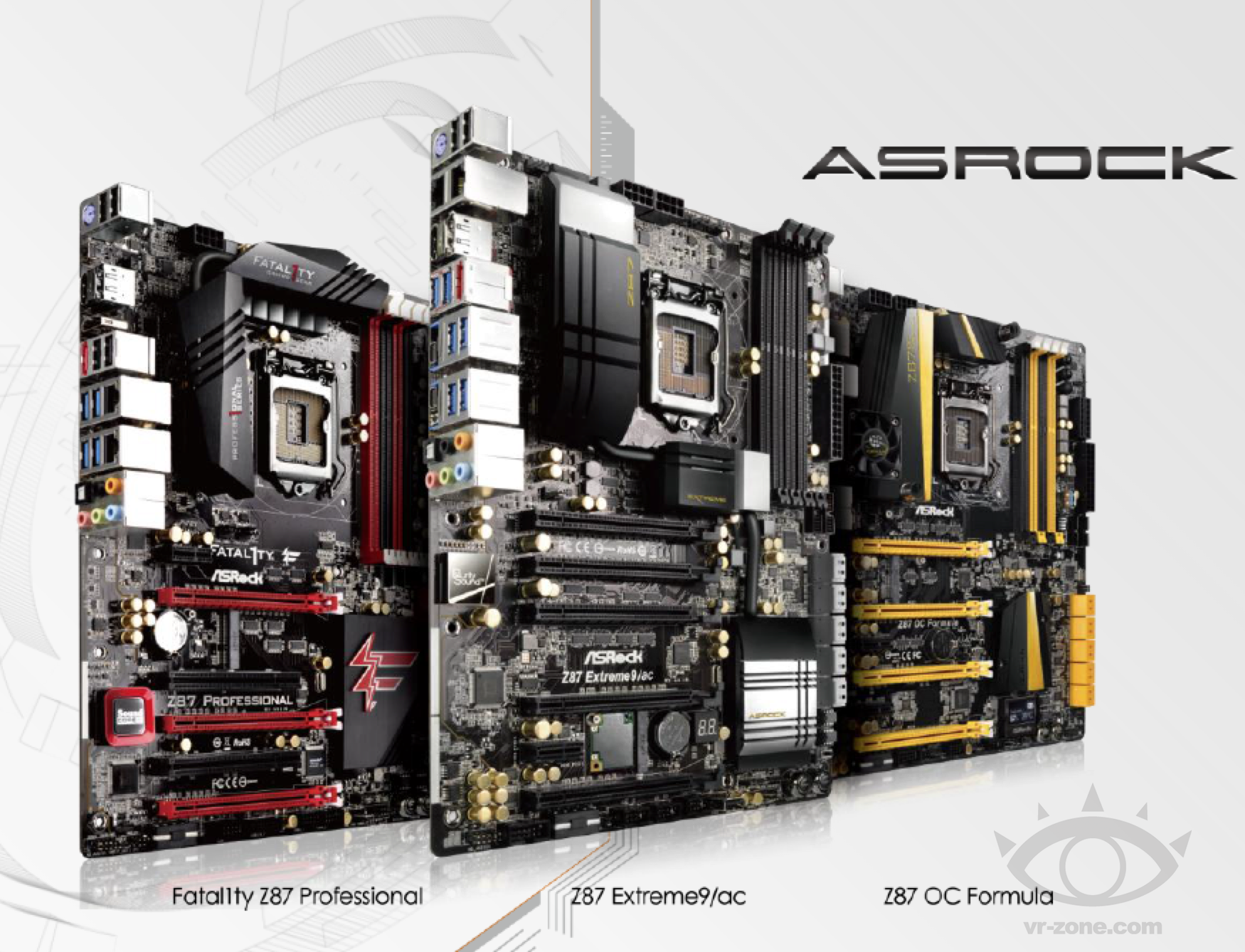 On top of this we find functions like Thunderbolt and a new sound chip called A-Style Purity Sound that is a mix of hardware components and software for optimizing the audio experience with the motherboard. This includes an integrated headphone amplifier capable of powering up to 600 ohm and a dedicated portion of the circuit board to minimize noise. 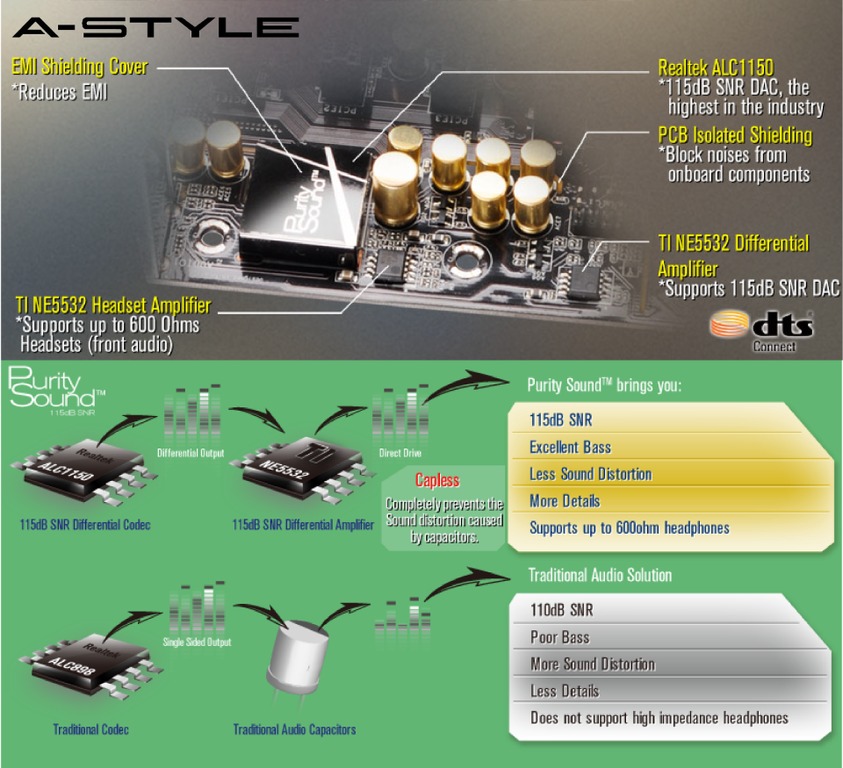 Asrock will also bring functionality for overclockers through the OC series and here the focus is more on the voltage circuitry and performance of discrete graphics cards. Also these models look to sport the new sound chip from Asrock, but will have fewer connections for the integrated graphics. 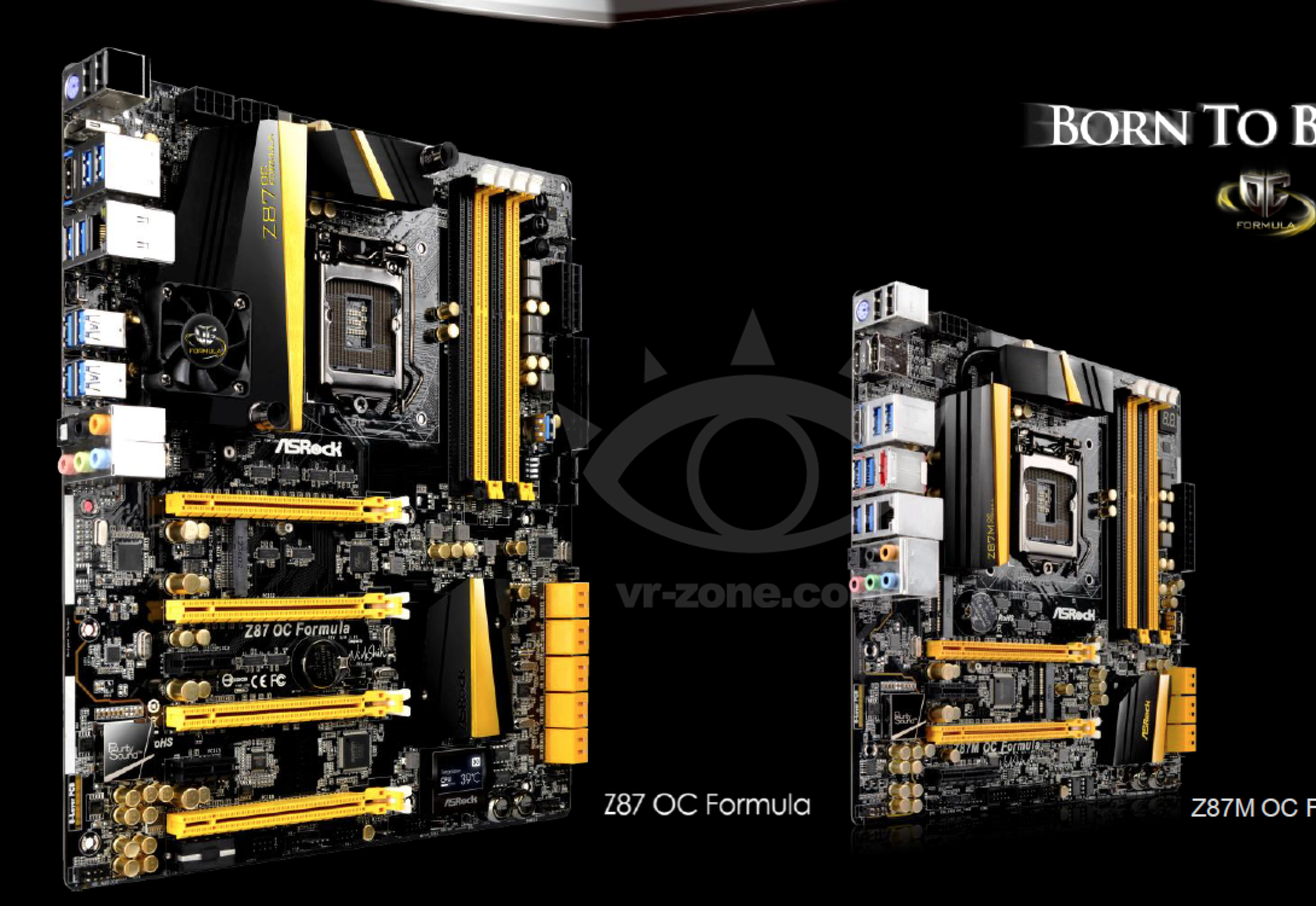 Asrock will also continue with the gaming series Fatal1ty series with two models; one Z87 and one H87, which will target the more demanding gaming rigs. Top model Fatal1ty Z87 Professional makes this all the more obvious through a dedicated Ethernet processor, Creative Sound Core3D sound processor and triple graphics card support. 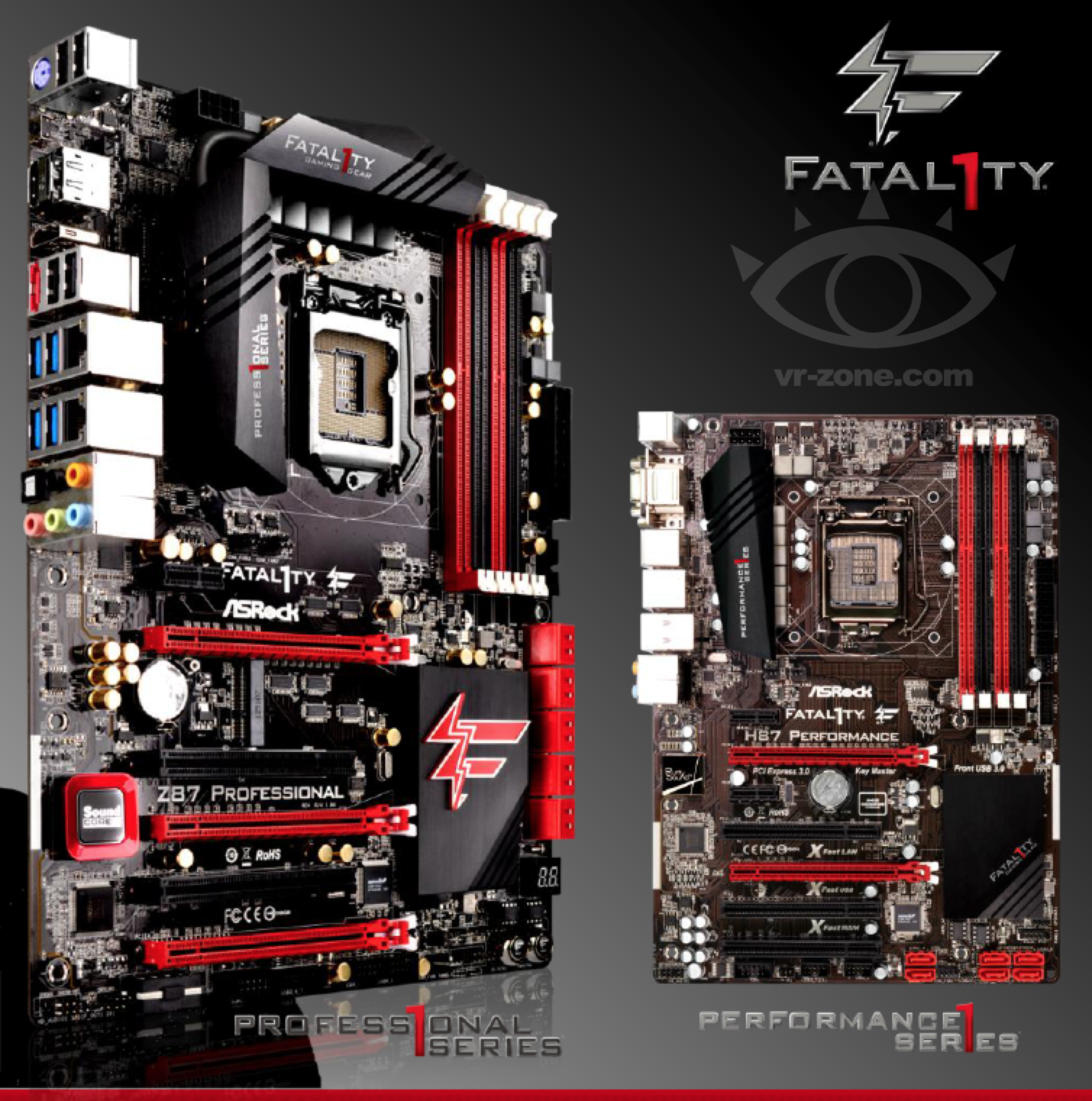 Asrock’s new motherboards will appear in stores at the start of next month along with Intel’s new Haswell processors. Then we will also have more detailed information to present.