NVIDIA’s new Fermi graphics circuit with its 3 billion transistors will be real heat bomb and this is something that will be reflected in the after-market cooling assortment. Graphics card maker Inno3D has shown a water block that is ready to cool the GeForce GTX 400 series. The water block is part of the iChill Black series and is actually kind of small, 164x104x19,6mm, but with a sturdy copper base it still weighs 912g.

The difference in temperature compared to NVIDIA’s reference cooling wasn’t mentioned, nor was the price but we’re guessing somewhere around $100. 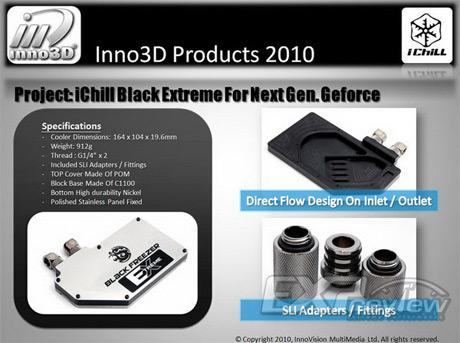