Intel’s new beast and spiritual successor to LGA1366 has been supposedly delayed and instead launch next year. New sources suggest that Intel may still make it for 2011, but without the same functionality that was promised with the new LGA2011.

Intel’s new Sandy Bridge-E will bring up to 6 cores with HyperThreading and 15 MB L3 cache, and expects to replace the aging, but still high-end LGA1366 socket. All is not well though, something that might have looked like a strategic delay by Intel has turned out to be a problem with the chipset. The problem more looks like a security measure than a real problem.

It had four chipsets planned, called Patsburg-A/B/D/T, where X79 is for consumers and called Patsburg-D. Intel’s own communication bus DMI that is based on PCI Express is not mature enough for retail. The problem is that the chipset communicates with the CPU with PCI Express 3.0 via DMI, but since we don’t have any PCI Express 3.0 units to test with Intel has chosen to play safe and instead use PCI Express 2.0. This means the bandwidth has been cut in half. 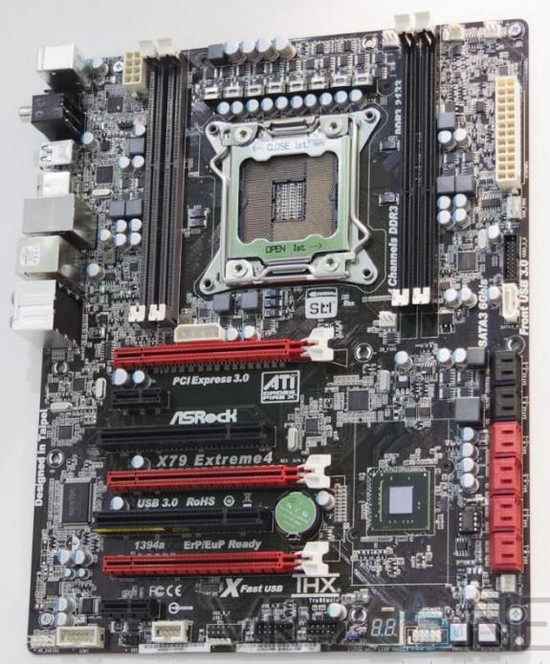 The drawback of this is that we get the same functionality as Patsburg-B, which means not as many SATA ports as the first motherboard pictures implied, but those looking for better performance shouldn’t suffer. Another drawback is that the processor, Sandy Bridge-E was intended to come with native PCI Express 3.0 support, but once again there are no components to test the new standard with and instead Intel goes with PCI Express 2.0. This is not a real problem since we are far from using all the bandwidth found in PCI Express 2.0, but it feels a bit like an anti-climax since the platform is supposed to live through the first half of 2013. 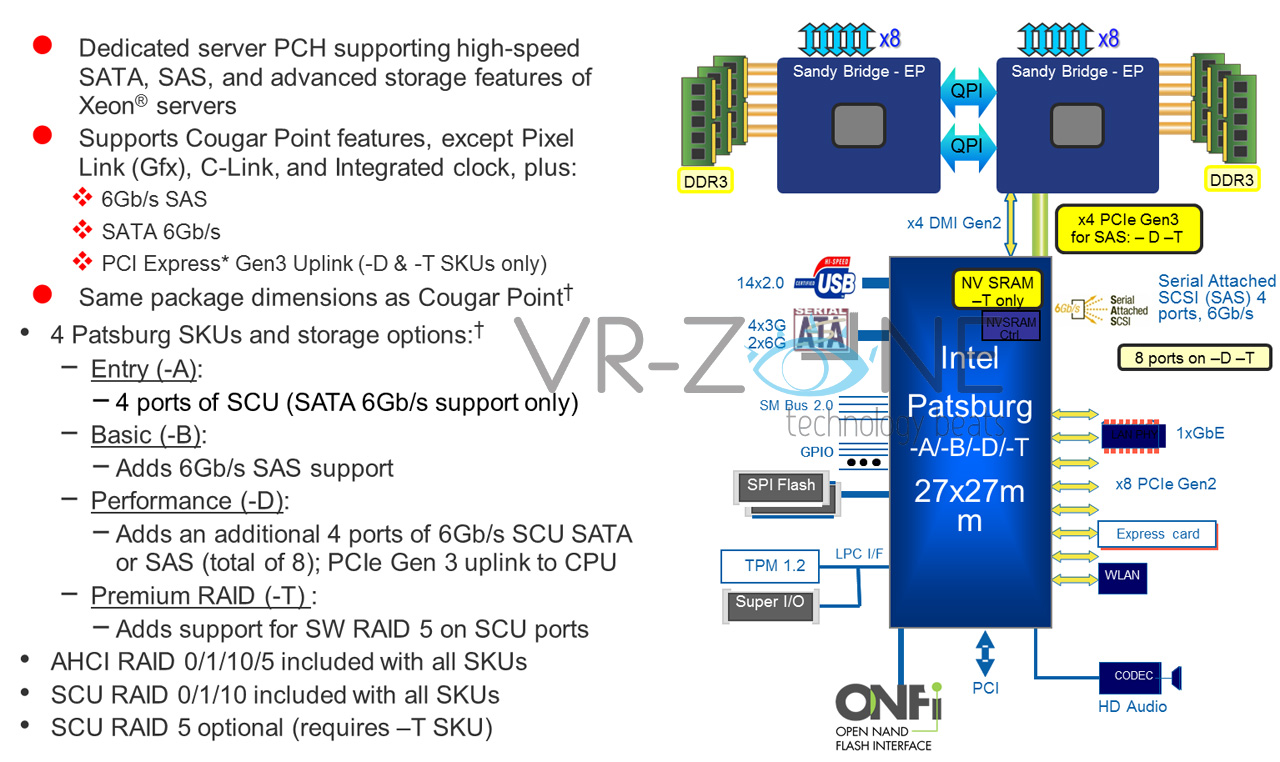 Intel intends to correct this at a later date, which most likely means new motherboards with support for the new functions. What will happen with the PCIe support in the CPU we don’t know. Overall it doesn’t look like anyone is missing out on anything big if they decide to upgrade to LGA2011 right away, but those who need an army of SATA ports might want to wait for 2012.