Intel’s next mid-range processor is code-named Ivy Bridge. With the Sandy Bridge architecture as the foundation Intel will shrink its circuits with fresh 22nm technology, and add some new functions. Leaked documents reveal that Ivy Bridge support up to three monitors and fits in LGA1155.

Ivy Bridge will launch in early 2012, most likely in January, and will ship together with the new 7 series of chipsets to create Maho Bay. The new chipsets in the Panther Point family will support SuperSpeed USB 3.0 and a new FDI interface where you can connect up to three monitors. This will be Intel’s big attraction for the new 7 series since the current LGA1155 platform and 6 series (Cougar Point) supports Ivy Bridge. 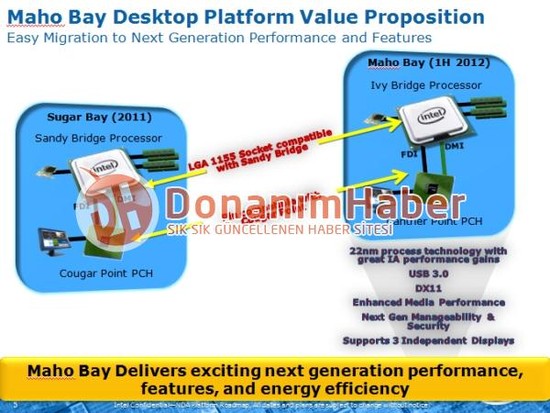 The processor will use a more efficient manufacturing process at 22nm, from 32nm, which should enable higher clock frequencies and lower power consumption. Intel is said to be ready with many models where the TDP will be 35/45/65 or 95 watt. 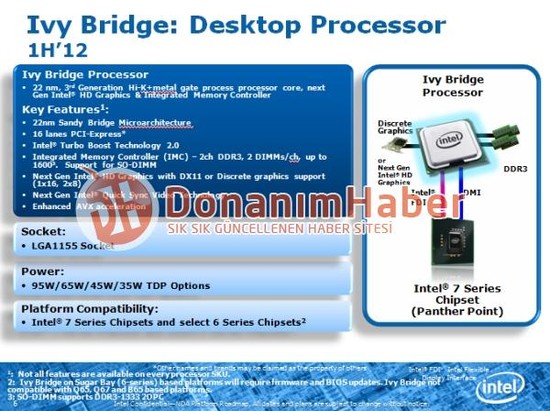 The processor will also get a new generation of integrated graphics that beside DirectX 11 also supports OpenCL 1.1. Exactly how many execution units the GPU will have is so far unknown, but rumors have spoken of an increase from 12 EUs to 16 EUs in Ivy Bridge, which should be a noticeable boost. 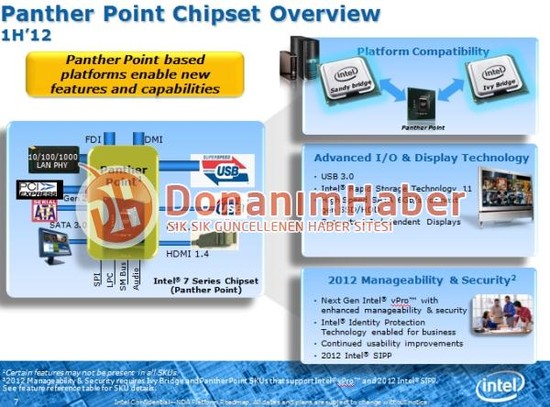