Kinc blogs - 200 liters of liquid nitrogen and a huge wall!

The last two years have been some of the most unique I’ve ever had to experience during my – more or less adult – life. When I decided to participate in the Swedish Computer Performance Championship back in December 2004 I had no idea how this would change my life. If you’ ever heard the expression that overclocking is a life style, yours truly is living proof of it. I just got back to Sweden after a short visit to Beijing. Gigabyte has arranged one of out quite a few overclocking competition for Asia Pacific and I was there to demo some high figures in 3DMark with liquid nitrogen. The competition lasted for one day and the following day was dedicated to a expedition to the Great Wall of China.

To get onto the Great Wall you had to walk for like half an hour up some quite steep stairs. not entirely sure if it was really half an hour, but it sure felt like it after trying out Beijing’s nightlife with some late partying in my apartment on the night and morning before. When we had walked up to the highest tower of the wall and looked out across the green mountains and valleys of the landscape it struck me; how did i end up here, 120 kilometers outside of Beijing on top of the Great Wall. Have to admit that for a short moment everything felt very surreal. After the Great Wall we made a quick stop at the Tiananmen Square. I’m ever so grateful to Gigabyte for arranging this expedition together with the contest, highly appreciated!


Not to jump ahead too far, we move back to day one of the event. The participants came from all corners of Asia to compete in FSB, with an Intel Core 2 Duo E6550 on a Gigabyte P35 DQ6. The winner reached ~680MHz(!) FSB which is extremely impressive and a nice world record. The cooling was liquid nitrogen.

For me it was an Intel Core 2 Extreme QX6850 with G.Skill Micron DDR2 on a Gigabyte X38 DQ6, together with two air-cooled Gigabyte Radeon HD 2900 XT in Crossfire, that needed my full attention. Since it all took place in a matter of a few hours, I didn’t have time to test the new memory or mount the liquid nitrogen containers on the graphics cards and therefore I chose 3DMark 05 for the demonstration. I prioritized the time for testing the motherboard as it was a whole new experience as since I oddly enough haven’t tested Gigabyte motherboards for some time. To my great surprise Gigabyte’s X38 DQ6 offers 2.35 V(!) to the CPU, which is quite daring, but just lovely for LN2. I notice how i get all excited over getting to the point of all the X38 testing with Crossfire, but before that I have to mention some parts about the components of the motherboard. Gigabyte has 12 (6×2) phases in the voltage regulators for the processor, with sturdy coils and high-quality capacitors. Which will definitely help overclocking the processor with more voltage.

So to the conclusions so far with Radeon HD2900XT 512MB Crossfire on Intel’s X38 chipset.

Since there wasn’t time to mount the coolers for liquid nitrogen I ad to settle for 850/990MHz for the demonstration. I tried using 880/990MHz several times but it was simply too hot for this to work without 100 % air flow. In the tests with ASUS Blitz Extreme P35 with Crosslinx and 975X Crossfire scales very well up to 1000MHz core in 3DMark 05, so my hopes weren’t high for X38 at these frequencies. But to my great surprise 850/990MHz with 5,400MHz Core 2 Duo resulted in 233 fps in Canyon Flight 05. The same clock frequencies with 2x8X PCIE results in only 225 fps. So definitely, Crossfire will gain from the X38 platform with two native 16X PCIE 2.0 slots. The final score was still 34,500 points in 3DMark 05 with a low clocks on both the memories and graphics cards. 36,000 points feels pretty close with this rig.

Any moment now I have to get off the train, but I just have to mention some of my food experiences in China. On the list of really odd things I place the soup made from bone (skeleton) from duck, duck heart, duck in general. Not sure why, but I just couldn’t eat the heart of the duck, not after tasting its skeleton. I felt terribly lost in the Chinese food, I have to say. It doesn’t help that I’m completely lost when it comes to eating with sticks. As someone said at the table; ”you can overclock Crossfire but you can’t eat with sticks, hahaha…”.

When I look back at the event in China from my home in Sweden, I can only conclude that this have been one of my best experiences I’ve ever had overclocking. An extremely pleasant group of people, thanks everyone who was there! 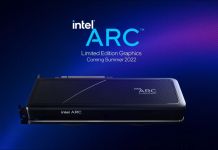