One of the newcomers of next month by MSI will be the motherboard Z87 Mpower, which with its new socket LGA1150 will be ready for Intel’s Haswell processors. The motherboard focuses on enthusiasts with many dedicated functions such as measuring spots for voltages and troubleshooting LEDs.

MSI Z87 Mpower will launch alongside of Intel’s Haswell processors on June 4th and the motherboard is one of several models from Taiwanese motherboard maker MSI. We can now offer you a bunch of high resolution photos of the motherboard that with its black and yellow theme targets overclockers and enthusiasts. 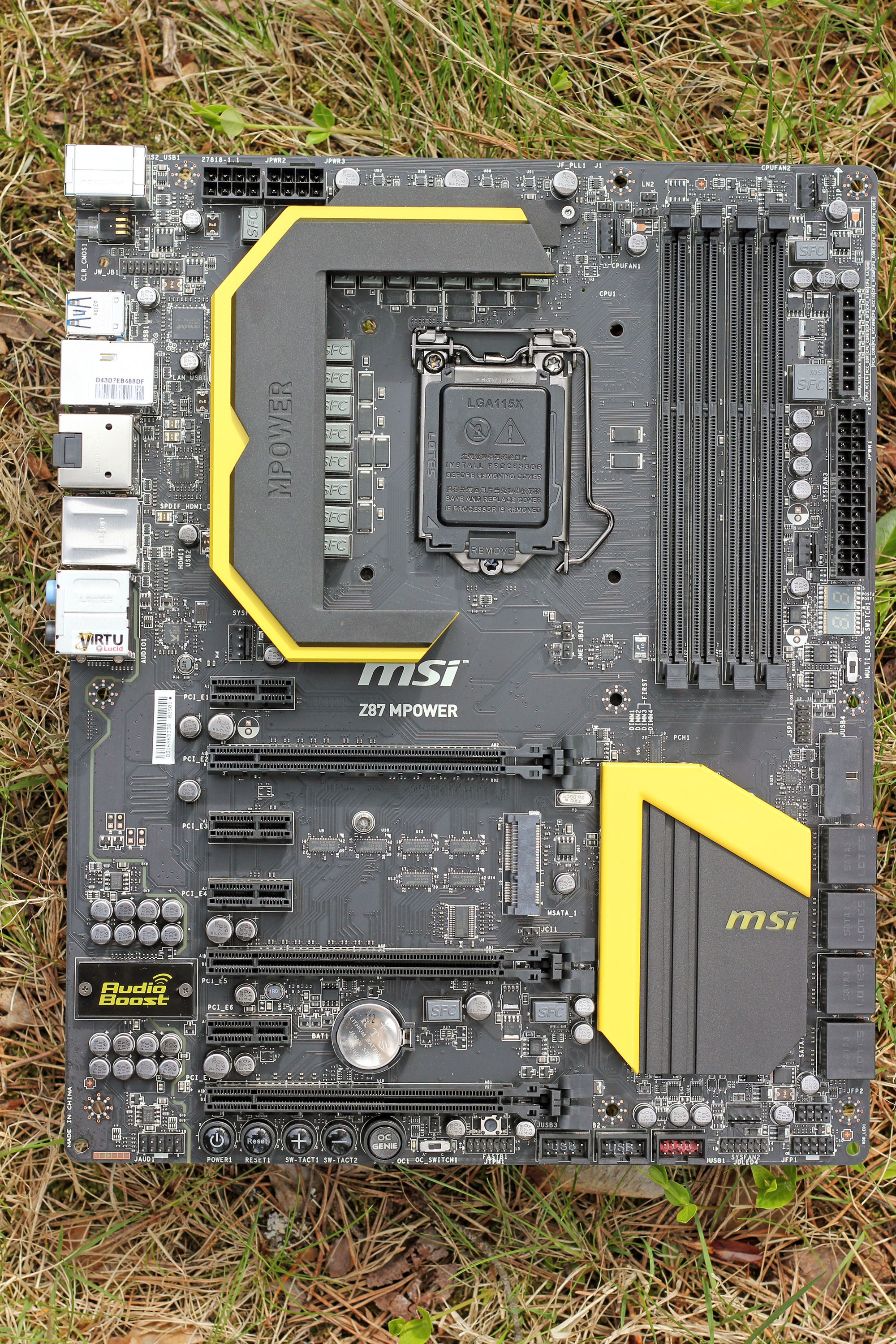 As expected MSI had used ”classic” Military Class grade components: capacitors, coils and alike. Mpower will also sport 50 percent more PCB layers to optimize stability when overclocking. The voltage circuits are all digital and matched by two dedicated 8-pin power connectors that should keep the processor saturated with power.

MSI also updates its UEFI called Click BIOS 4 with a similar design, and with two BIOS chips for additional security. Other noteworthy features is a bundled wireless network card that supports 802.11n Wifi and Bluetooth 4.0, a high-end sound processor, new passive cooling for southbridge and voltage chips, and a bunch of USB 3.0 ports, HDMI and Displayport outputs.

MSI Z87 Mpower will be in stores during the first week of June.