Prolimatech made a big splash with its CPU cooler Megahalems back in 2008, and has since been collecting rewards around the web. Prolimatech knows its stuff and it is now working on a new cooler, Armageddon. The cooler is, big surprise, a heatpipe tower cooler , much like Megahalems, but actually looks a bit smaller.

Armageddon measures 144mm x 50mm x 160.3mm and weighs 750g without fans, which is slightly lighter than the 790g Megahalems. The coolers both use six heatpipes and can be equipped with up to two fans. But Armageddon is ready to handle 140mm fans with its slightly broader shoulders. 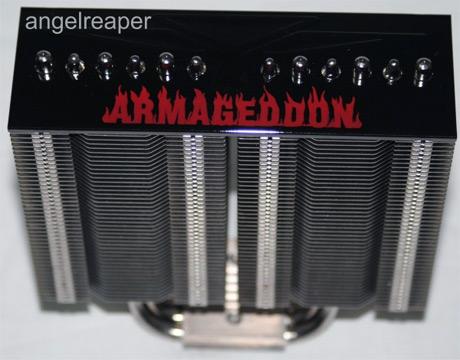 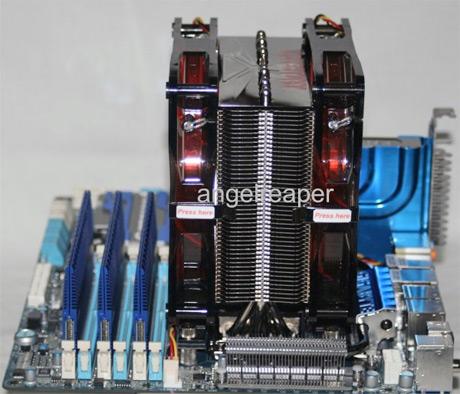