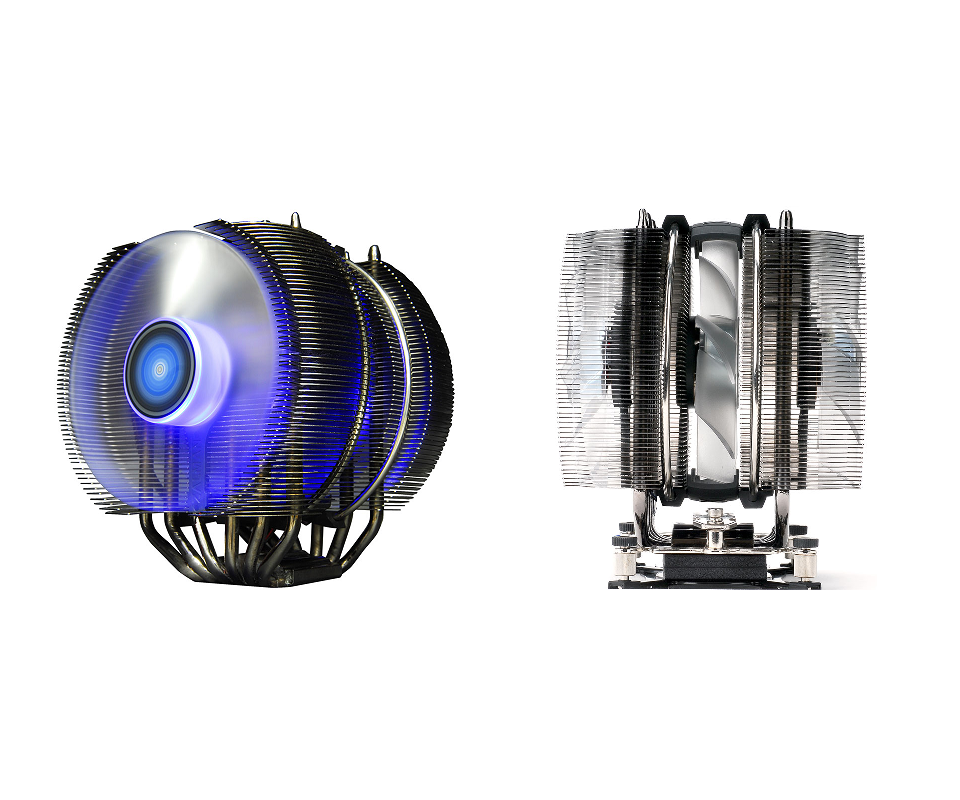 Zalman was once a very popular brand when looking for coolers and fans, but the hard competition has reduced it to the shadows. It has now announced a new and very big cooler with three fans that are compatible with the new Socket LGA2011.

Zalman has announced the CNPS12X cooler, that was shown back at Computex during June that after some small adjustments is ready for market. The new coolers looks like a monster, with a design that is not  like all other tower coolers.

Zalman CNPS12X comes with dimensions 151 x 132 x 154 mm and weighs exactly 1 kg. The cooler gets six nickel-coated 6 mm copper heatpipes and a large number of aluminum fins. The cooler comes with three fans with blue LED lighting, that unfortunately is not replaceable. The fans have 3-pin connectors and ships with resistors that can get them down to 850 and 1 100 RPM at 22 dBa. Without these resistances the cooler will move up to 950 and 1200 RPM at 24 dBa.

Finally Zalman has worked on making the cooler fully compatible with LGA2011 and Sandy Bridge-E. Besides this it will support AMD AM3/AM3+/FM1 and Intel LGA775/1155/1156/1366. There is no information on the price or availability, but it is not unlikely it will be released with Intel’s launch of Sandy Bridge-E.